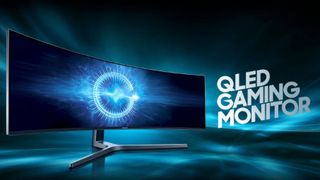 It's day two of the 2019 Amazon Prime Day event and the best Prime Day deals are quickly being snapped up. If you're after a monitor, you've come to the right place. We've got all the best monitor deals right here. We've got deals on ultra-wide monitors, such as the Samsung LC49HG90DMUXEN 49" for just £809.19 (that's £190 off) through to smaller, cheaper monitors such as the HP 23.8-inch FHD IPS Monitor for just under $100.

To qualify for the Prime Day deals, you need to be an Amazon Prime member (sign up here), although not all of our deals are from Amazon, so there really is something for everyone here.

Not a Prime member yet? You can sign up easily for a 30-day trial and can cancel at any time, so you won't be tied into anything as long as you remember to cancel at the end of the 30 days (set a reminder if you're likely to forget).

You can also check out more monitor deals below: