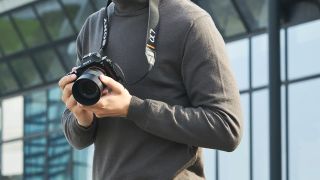 This one-day Christmas deal from Amazon slashes the cost of Sony’s original full-frame mirrorless camera, the A7 – plus a 28-70mm f/3.5-5.6 standard zoom lens – to just £509 with cashback. That's a ridiculously low price for what was one of the best cameras you could buy when it first launched.

For today only, Amazon itself has cut £366 from the list price, taking the cost down to £659. With Sony offering a further £150 cashback, this one-day deal is better than the discount we saw on Amazon Prime Day (which sold out within 24 hours) and equals the lowest price we saw on Black Friday.

The Sony A7 is a great camera for anyone looking to get into photography, or upgrade to a full-frame or mirrorless camera. It’s been replaced now by the A7 II and A7 III, but it was a landmark camera when it first launched, packing a 24.3MP 35mm full-frame sensor and lens interchangeability into a compact body, half the weight of leading DSLRs. At just over £500, this is an unbelievable price for what remains a very good camera.

So what else is good about the Sony A7? Well, in addition to squeezing a full-frame sensor into a compact body, the A7 was also notable when it launched because it adopted Sony’s smaller E-mount. Image quality is great, with high sensitivity and extreme dynamic range, low noise, maximum detail and realistic colours.

Performance is perhaps a little sluggish compared to the newer models, but we're still big fans of this camera – and at this price, it’s a very affordable way to get into full-frame photography. This Christmas deal runs out tonight, so take a look before then if the camera appeals.