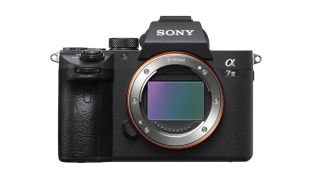 This unbelievable Black Friday deal sees the price of Sony’s original A7 III camera (body only) cut by a staggering $368! Usually retailing for $1,998, you can currently get hold of the Sony A7 III for just $1,629.99 – that's the lowest price we've seen on this quality mirrorless camera.

Sony's A7 camera range have become hugely sought-after in recent years, with the A7 III being one of the best full-frame mirrorless cameras on the market. Suitable for a variety of professional photo and video situations, the Sony A7 III boasts a 24.2MP CMOS sensor, BIONZ X image processing engine to realise an impressive 10 fps continuous shooting rate and improved autofocus. The A7 III also utilises a 5-axis sensor-shift image stabilisation system, which helps to reduce the appearance of camera shake by up to 5 stops.

In short, the impressive Sony A7 III camera will help you craft beautiful-looking photos. But if you're looking, in particular, to shoot things at speed (wildlife, cars, sporting events etc) you'll be hard pushed to find a better combination of quality and value for money right now.

Sony A7 III (body only): $1,629
Save $368: If you've been looking for a new DSLR, this incredible Black Friday Sony A7 III deal is hard to beat. With over $350 off the original price, we don't expect this amazing offer to hang around for long.
View Deal

Not in the US? Here are the best Sony A7 III camera deals in your area: