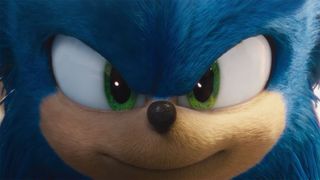 Remember all the furore around the original Sonic redesign? It's hard to forget that weird human-like face and those teeth. There were so many complaints that it was back to the drawing board for a new-look Sonic. But, perhaps the damage had already been done, as Moving Picture Company Vancouver – the animation and VFX studio behind the Sonic design – has now closed.

In an email (an unverified version has been posted on Imgur), the company says, "This decision has not been taken lightly." And goes on to say that, "increasing external market pressures in Vancouver and more attractive opportunities in other locations have created a challenging environment for us to sustain the studio."

MPC, which has offices around the world, has worked on big-time 3D movies including The Lion King and Watchmen and even won an Oscar for its work on 2012’s Life of Pi. Oh, and it also played a part in Cats.

Was the Sonic redesign the final nail in coffin for this branch of MPC? Fan reaction to the original Sonic design might have been scathing, but the new-look spiky speedster was well-received and definitely much improved. See the trailer below.

But, it seems there was a much bigger problem at MPC Vancouver than just the Sonic redesign. A now deleted post on Reddit entitled: "As a recently let go employee of MPC Van" offers some intriguing insight to some of the problems at the studio. The original post from the disgruntled employee might not be there any more, but you can definitely gauge the feeling from the comments, which include angry commenter MPCdeserter (the name seems a bit of a giveaway), who mentions "horror stories to the point where they have had to settle out of court because of the way they treat artists".

It's a sad day for any creative studio to shut one of its branches, but it looks like we can't really blame the loveable blue hedgehog this time. Well, not entirely.