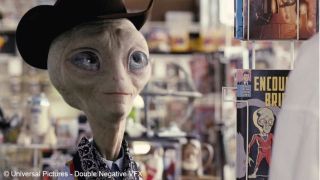 Making a great 3D animation isn't just a case of mastering the right 3D software package. While knowing your way around Maya or Blender will of course help, creating a believable and watchable animated story is about so much more than technical skill.

A lot of the groundwork for creating a stunning 3D animation takes place away from 3D software, and even away from your screen. Here, pro TV and film animator and Escape Studios tutor Amedeo Beretta, shares his top tips for improving your 3D animation workflow, and for crafting better stories.

Your first step shouldn't be to open your 3D software. Why? Because jumping straight into the software will likely mean you get so lost in technical issues and animation, that you'll lose sight of what's really important: the narrative.

Instead, start by reading the story you're trying to bring to life and by listening to the soundtrack (if there is one). Then, write down a beat list. Think of an animation beat as an event that needs to happen on screen before the audience can understand the story.

For example, imagine a shot where a character observes an object until they understand something important about it. In real life, you wouldn't necessarily see the moment someone understands a concept, but in animation you need to show such processes to help your audience understand your character's inner life, and to tell your story effectively.

Once you've got an idea of the narrative beats of your story, you can think more about how your character will be posed in each beat. Posing in 3D is very time-consuming, so sketching out your poses on paper or in a digital art program is a much quicker way to plan your animation. It doesn't have to be beautiful – a few stickmen can work just as well as something carefully crafted.

Sketching out these two poses takes just a few seconds, and once you have them, you can assess whether you need any further poses. If you were trying to figure all this out with models in your 3D software, you'd probably end up bogged down in technicalities and would likely lose sight of what you were trying to convey.

At this point, you are probably desperate to jump straight into your software and start animating, but you will thank yourself later if you hold off a little longer and do some research.

Let's take the nail and hammer example again. In this case, your research might involve finding pictures of people hammering nails to watch how the process works. You could find footage, even film yourself doing it. Filming yourself doing an action such as this doesn't take long. Just do it several times, then cut and edit the video together until you're satisfied.  Once you have a filmed sequence that works and delivers the story, you'll know for sure you have a good base to start your animation from.

At this stage, you know your story, you have outlined the necessary beats for your audience to understand it, you've got an idea of which poses can deliver such beats, and you've got a visual representation of the story through video and sketches. You can now move on to the next stage and (finally) open your 3D software.

04. Block out your key poses

You're now ready to start blocking out poses in your 3D software, but first, look back at your video reference and identify the key poses you identified in step two in it. Then, you can start to flesh out your animation by blocking out these key poses. Start from the two most extreme poses in any action, and make sure that you give priority to the poses that you couldn't tell the story without.

Once you've got your poses, make sure they work in 3D space. This will help you later when you're splining and troubleshooting issues. Plus, while it's true that the animation has to work in camera, posing a character that is anatomically coherent – at least at the blocking stage – usually makes for more believable poses and motion.

05. Watch your animation upside down

Spotting issues in your own work can be really tricky, especially when you've spent hours and hours working on something. If something isn't working as well as you had hoped, it can be tempting to spend time tweaking minute details. These details probably carry no significance to the outcome of the scene, and so your tweaking probably won't help. Even if you're relatively happy with your scene, it can still be hard for you to spot issues in it, because your brain will try and create order out of what it sees on the screen.

If you'd like to pursue a career in animation, games or VFX but aren't sure where to start, Escape Studios' Careers Guide can help you find your niche. To discover more about the key software used in the creative industries, then don't miss Escape Studios' Software Handbook.