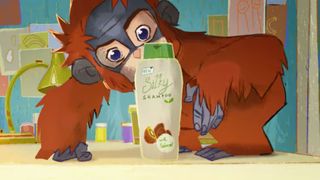 The run-up to Christmas sees big brands pull out all the stops to produce the best festive advert. This week saw discount supermarket Aldi troll Coca-Cola with a copycat ad, and now Iceland is making the headlines because its Christmas campaign has been banned for breaching political advertising rules.

Originally created in collaboration between Greenpeace, Mother and Salon Alpin, the animated advert sees Emma Thompson narrate the plight of a lost orangutan called Rang-tan as it explores a girl's bedroom. The 90-second spot aims to educate children and raise awareness of rainforest destruction for palm oil, a substance that Iceland has pledged to remove from all of its own-brand foods.

Palm oil production has led to huge deforestation in Malaysia, which in turn has resulted in the orangutan being classified as an endangered species. Greenpeace agreed to let Iceland use the animated short film along with the hashtag #NoPalmOilChristmas as part of the supermarket's Christmas campaign, however it will now not air as intended.

The animation is still up on Iceland's YouTube channel, and you can watch it below.

The move by ad vetting agency Clearcast to ban the short film has devastated Iceland, which was convinced that the short film would have blown even the likes of Christmas ad supremos John Lewis out of the water as it is "so emotional".

Clearcast decided to prohibit the advert because it breached the broadcast code for advertising practice. In this case, Iceland fell foul because its advert was "directed towards a political end".

"Clearcast and the broadcasters have to date been unable to clear this Iceland ad because we were concerned that it doesn't comply with the political rules of the BCAP code," said a spokeswoman for Clearcast.

"The creative submitted to us is linked to another organisation who have not yet been able to demonstrate compliance in this area."

The decision to ban the add has sparked a vitriolic backlash on social media, with users pointing out that adverts promote other, less wholesome messages. A petition to renounce the ban has already attracted 3,000 supporters. Some have also accused Clearcast of stifling free speech.