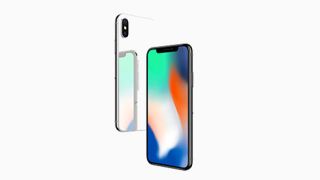 There have been lots of impressive deals for designers and creatives this Black Friday, but one of the most impressive we've seen is this iPhone X Black Friday deal from Mobiles.co.uk. In fact it's so impressive there's really no competition. If you're after a saving on an iPhone X, look no further.

You can now get the iPhone X with 32GB of data for £47 a month with a £190 upfront spend on Vodafone. When you break down the numbers, that comes to a cost of £1,318 over the course of the two year contract. Or to put it another way, you'll save £70 compared to the next cheapest tariff and with 27GB more data!

Our friends at TechRadar say that this iPhone X offer won't be beaten.

The iPhone X raised eyebrows when it was launched thanks to its staggering price tag, so this offer will come as a welcome relief to designers hoping to pick up the device for a slightly more reasonable sum. Don't let it pass you by though, this iPhone X deal will expire at the end of Cyber Monday.