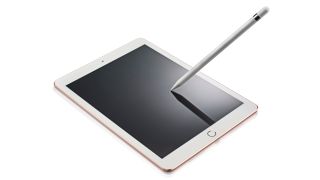 Whether you're looking for the first generation Apple Pencil, with its comfortable round design, or the more advanced, Apple Pencil 2, with its flat edge, matte finish and wireless charging capabilities, we've got you covered. Right now, these are the best prices you'll find ahead of Amazon Prime Day 2020.

During last year's Black Friday retail event, we saw savings of up to $20 off on the first generation Apple Pencil, and $10 off the second generation model. These aren't huge savings, but when it comes to Apple Pencils deals, we'll take what we can get. Read on to discover the best cheap Apple Pencil deals available right now.

Apple Pencil (1st-gen) | £69.99 at ebay
This is super-low price on a new a new Apple Pencil (first generation). Cheap Apple Pencil deals are hard to come by right now, so grab this offer before it's gone.

What devices do Apple Pencils work on?

How much is an Apple Pencil?

The Apple Pencil 1 from the Apple shop will set you back $99/£89, and the Apple Pencil 2 $129/£119. As we mentioned above, it's super-rare to see any significant discounts on either of these, although Amazon regularly knocks £10 off the first gen Apple Pencil. Apple itself is unlikely to offer discounts, but come Amazon Prime, there should be plenty of deals that we'll be covering here.

What is the Apple Pencil used for?

The Apple Pencil is a versatile digital stylus pen that lets you take notes, sketch ideas, create illustrations and paintings, edit spreadsheets, annotate or mark up documents and more.

Voted number one in our round up of the best iPad styluses, the Apple Pencil is arguably the most incredible consumer stylus ever designed. It’s fantastic to use, with pressure and tilt sensitivity making it quick and easy to sketch ideas on the best iPad Pro apps, create stunning images, take notes and more.

What’s in the box?

An Apple Pencil
A Lightning adapter
An extra tip

The Apple Pencil operates like a traditional pencil, letting you vary line weight, create realistic and subtle shading, and produce a wide range of artistic effects with impressive accuracy. Drawing feels natural, with no lag to ruin the illusion – and setup is incredibly easy. Just pop the cap off to reveal a Lightning connector, and plug it into your iPad Pro. (That's also how you charge the first-gen Pencil, the second one you just attach to the side of your iPad and it does the work for you).

The Apple Pencil works with a range of art and design iOS apps including various apps in the Adobe Creative Cloud  suite, Sketch, Procreate, Affinity Photo and more.