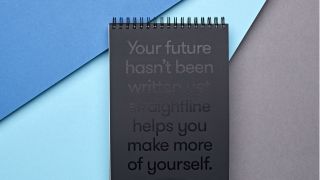 Make your project stand out. Save 15% with code 15ISTOCK

Anyone who’s ever worked on a print design knows that what you design on screen is only one half of the equation.

How it’s actually printed is as least as important to the final look of the product, and a keen understanding of printing techniques is vital. (For a refresher, check out this article on printing terms every designer needs to know.)

But aside from knowing the basics, it’s good every now and again to catch up with the latest developments in printing, a field that’s ever-changing and constantly evolving. In this post, then, we bring you the trends every designer needs to know about.

Digital printing is nothing new: it’s been around since the 1990s. But it is becoming an increasingly big deal. A recent study predicted that it will reach 17.4 percent of the value and 3.4 percent of the volume of all the world’s print and printed packaging by 2020.

While traditional litho printing uses wet ink and printing plates, digital printing uses toners in a similar way to an office printer. This means it’s generally faster and more economical for smaller print runs. And this has led in turn to a new trend in personalised printing.

The most famous example of the personalised printing trend is Coca-Cola's 'Share a Coke With...' campaign, in which the soft drinks company printed millions of bottle labels bearing hundreds of people’s names. The brand then followed up this success by launching two million unique bottle labels in Israel, using an algorithm to generate a different design for each label.

Other brands have introduced even more interactive ways for consumers to personalise their products. For example, a campaign for Nutella gave UK consumers the option to feature a name of a loved one on a pack of the chocolate spread. Nestle Purina did a similar campaign in the US, where consumers were able to enjoy pictures of their own dogs on the packaging for Just Right dog food.

“Right now we are getting requests for thermography (raised print that is baked), which is something I was involved in a few times 20 years ago,” says Alan Smith of With-Print, digital print specialists based in Bristol, UK.

“I really promote the hand skills we have and as a company we are always looking for old machines that can help us die cut, foil, de-boss/emboss, stitch, sew and drill. This gives us the chance to control as much as we can in-house. And I find that a successful mix of traditional skills, old technology and new digital printing often produces the best results.

“I find these days that agencies are looking at us more as print consultants,” he adds. “They often have quite complex ideas that can only be achieved with a mixture of the technologies and skills mentioned above. A lot of my time is spent trying to understand what the client wants to achieve and then proposing possible solutions; my design background really helps here."

The letterpress revival of the 2010s has quickly become a hipster cliché. But handcrafted printing techniques aren’t just about looking back to the past, but are being used in campaigns that combine the best of analogue and digital.

Kastaar is a graphic design studio-cum-print shop in Antwerp, Belgium that specialises in rescuing abandoned old printers and recently won a European Design Award. “We’re always looking for ways to combine wood type with the latest new tech like 3D printing, CNC and laser-cutting,” explains Stoffel Van Der Bergh, who runs the studio with An Eisendrath. “We don’t want people to think of wood type as something from the past, but something that's very much part of the modern digital world.”

So for instance, Kastaar dragged a Vandercook proofing press to Integrated, Antwerp’s design conference, and offered to print posters for attendees based on the best tweets from the event. They overlaid two quotes per poster in a way that each would be revealed if you closed one eye when wearing red-blue 3D glasses. This innovative campaign blew up on social media, and acted as a great example of how to engage people digitally via vintage printing techniques.

In an era where consumers are spending more and more of their time interacting online, static designs are losing their appeal. So print is having to get more interesting and eye-catching to compete.

At the simplest level, we’re seeing more and more use of foil, spot varnish and other textures to grab the attention and engage people’s senses. Going beyond that, more and more print campaigns are harnessing the power of augmented reality (AR) technologies.

Examples include the Vespa print ad by 900lbs of Creative which let readers create their own customised scooter using AR; and Volkswagen’s billboard ad which, when viewed through an app on your phone, showed its new car bursting out of the billboard in a spectacular fashion.

A few years back, there was a similar craze for integrating physical tech into print ads, such as the print ad for NIVEA featuring a miniature solar panel to power your phone at the beach. That seems to have died down recently, no doubt because it’s just too expensive. But we may it re-emerge soon, thanks to the ongoing development of “next generation paper”, which is being described as a print-and-digital hybrid.

After years of talk about the decline in print, voices in the industry feel things are turning a corner. Not only is print not dead, in many ways it's making a comeback.

“Print as a medium for design-related marketing is enjoying a renaissance, in a number of markets,” says Graham Congreve of Evolution Print, award-winning litho, digital and large print specialists in Sheffield, UK. “The tactile and physical nature of print lends itself to 'considered' design, but also to the feeling and reaction against an element of digital 'burnout' and its lack of permanence.

“For example, a number of our magazine titles have joined us from the purely digital arena, seeking out the added values of this physical alternative. Books are more and more intricate, hard bound or soft, and special editions often enhance a cheaper, longer run alternative, and an online campaign.

“Posters are bold and often feature special colours, and across the board of all markets we're seeing the imaginative use of vastly different substrates, and often within the same suite of finished pieces.”

Much of this is down to good marketing by paper manufacturers, he notes. “But it's also due to the energy and passion of the new breed of designers, often working with craft-based and print obsessive tutors in colleges, that are opening up new opportunities for their students and the print community.”

Finally, Alan Smith of With-Print identifies a recent mini-trend in print design that’s specific to creative agency pitches: what he calls the ‘Leave Behind’ for clients.

“This is part of the presentation that should wow,” he explains. “We’ve been known to produce 10 personalised invites to a pitch, each detailing a particular member of staff and their strengths. This invite was foiled with the client logo and put into handmade envelopes. The company won that pitch.

“More simply (and I encourage this) we’ve produced ‘live’ samples of the finished books/leaflets/business cards so that the designer can pitch with a real item in their hands. This goes down very well. Essentially, this trend is about companies demonstrating they can add value to the client; the better the ‘Leave Behind’, the more chance you have to win.”