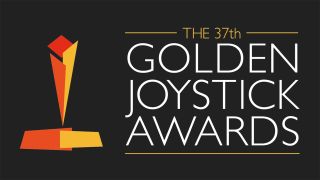 The Golden Joystick Awards is the world's biggest video game show voted for by the public – and votes for the 2019 edition are now open! If you're a designer who likes to dabble in a bit of gaming on the side, here's your chance to support your favourite games, developers, publishers and personalities.

There are 17 different categories, including Most Wanted Game, PlayStation, Xbox, Nintendo, PC, Indie and Multiplayer Games of the Year. This year, the Golden Joysticks will also be introducing two new categories: Best Gaming Hardware and Best Game Expansion.

If you want to vote for the grand prize, Ultimate Game of the Year, you'll need to hang on a little longer however. There's a dedicated one-week voting window for this highly coveted award, running from Friday 25 October to Friday 1 November.

Check out the full shortlist and cast your vote here. Voting closes on Thursday 24 October. As a small thank you for getting involved, every voter will receive a free ebook.

The star-studded ceremony will take place on Friday 15 November, and viewers will be able to tune in to a livestream for all the news as it happens.