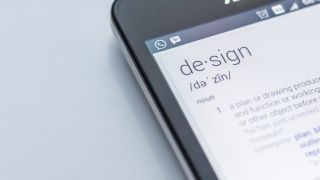 From grid theory to the Golden Ratio, there are a set of fundamental principles that are passed down from generation to generation of designers. Every good designer should know them, and any decent design course or instructional book will cover them.

But as with anything else in life, alongside those written rules are a number of unwritten rules. Many of us only learn these from bitter experience, after unwittingly breaking one. So to save you the anguish, we asked some top designers to reveal the secrets that can help turn you from a good designer into a great one.

01. The client is right (even when they're wrong)

Who do you work for? Your client. Who knows their business better than anyone? Your client. "Leave your ego at the door," says Adam Morris, design lead at Made By Many. "It's the user who is the final judge of whether your design is successful."

Adds Graham McDonnell, international creative director for The New York Times: "Design is always subjective and although you might be on the bleeding edge of the latest design trends, your client usually knows their audience better than you."

02. Find out the real problem first

Never skimp on the discussion stage. You have to dig deeper and understand the brief – or you'll end up revising the work a lot. There are certain things that should be included in every brief, and it's worth looking out for those and clarifying any gaps or vague areas. Remember, you're looking for a clear explanation of the client's problem here, rather than their uniformed idea for a solution.

"What is the client trying to achieve?" asks designer and art director John Stanyon. "Prescriptive briefs are often a client's 'design solution' rather than the problem they wish to overcome."

This advice from Steven Scott is worth quoting in full. It may seem brain-mashingly obvious, but there's a really easy way to derail any job. "Sounds basic, but always read the brief!" says Scott.

"Read it once through, then once again to highlight any of the key points. Its amazing how many designers will already think they have answered the brief from a verbal discussion." You'll find more advice on fulfilling a creative brief in this article.

"Agree the level of output up front," says Ben Woolf, head of creative brand experience at RPM. "It sounds obvious, but so many projects are started in earnest without having this agreed."

We wholeheartedly recommend Woolf's advice. As well as making sure you're not wasting your time on a deliverable your client doesn't really want, if you leave your client's expectations open, there's a real danger they'll run you ragged – or at the very least have to have some very awkward conversations further down the line.

05. Stay off the computer

While there are plenty of great prototyping tools around, when you first start developing a design there's still nothing more intuitive that a fist full of pens and some paper. "It helps focus the mind, frees you from the distractions and encourages you to think about content," say digital designer Michael Ibrahim Heins. "Thought hits paper immediately and stops you worrying about which typeface to choose and how big your column needs to be."

Creatives agree that computers can sometimes be limiting rather than liberating. "Computers limit your vision to what has already been created, not the possibilities of what can be created," says Ed Bolton, creative director at BrandCap.

How many times have you carried on with a dog of a design, hoping that you can make it right? Sometimes it's better – and less time consuming – to wipe the slate clean.

"If you can't make an idea work – move on," says creative director Martin Wells. creative partner Chris Clarke offers a more philosophical perspective: "There is never enough time to do something, but always enough time to do it again."

A perennial problem in the creative industries is knowing when a job is finished. "The point at which you think it needs a little something extra is the point you should stop designing," says freelance designer Rob O'Neill.

Scott Walker, design director at Lewis, goes a step further, saying the last stage of the process should be to strip things back. "When you think you're finished, ruthlessly strip out the unnecessary bits and you'll be left with a much clearer and refined piece of work."

Here's a rule that's unwritten because it seems like good old fashioned common sense. Common sense that we sometimes forget. "Taking a break from your design and coming back with fresh eyes is like seeing your design again for the first time," Rob Sterry, UX design consultant at Foolproof. "Sleeping on it is even better."

It's all well and good being super-creative, but without some kind of workflow process or you'll end up wasting your time. Freelance designer Joe Whitaker thinks good organisation is one of the foundations of design.

"Working in stages is a great way to keep organised and look back over the progression of a project," says Whitaker. This practice can help in a couple of ways. It helps you track the progress of a job as you're doing it. In future, you'll find it easier to quote for work as you'll have a better idea how long specific tasks take.

As a professional designer working with paying clients, people will sometimes tell you that your work isn't quite what they wanted. Don't take it personally, and don't let it hurt your feelings.

"Learning how to take criticism is the toughest part of the job, especially when you're proud of your work" says Bolton. "But without criticism, there's no improvement… "

We'll leave the final word to Joe Morris, commercial director at Tonik: "Take cash up front." Brutal, and straight to the point – but in this age of austerity you have to think about getting paid. Taking a percentage as down-payment on larger jobs shows that your client is serious about making a commitment.