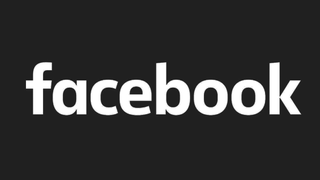 Facebook has been fashionably late to the dark mode party, but it seems it's finally ready to dim the lights. For the uninitiated (or the unenlightened), dark mode changes app interfaces and menus from light to dark. Not only does it look cool, but it's also supposedly easier on the eyes. After testing dark mode on desktop for select users, the social media giant has now rolled the feature out on mobile – but there's a catch.

Dark mode is now available on Facebook Lite, a smaller version of the main app which, according to Facebook, is "designed for 2G networks and areas with slow or unstable Internet connections". But even if you've already got Facebook Lite, the feature is currently only available on Android, so iOS users are still forced to see the light. Still, we're not sure dark mode is enough to add Facebook Lite to our list of the best Android apps.

To join the dark side, you just need to head to Settings, where you'll find a new Dark Mode toggle. At present, there are no custom timing options – you can either turn it on or off.

So, it isn't a perfect solution (unless you were already using Facebook Lite – anyone?), but at least it's now possible to enjoy a late-night scroll without straining your eyes. We're hoping this means the feature will soon be hitting iOS and the main Facebook app, so everybody can enjoy their first cousin twice removed's holiday photos – even at night.

It seems that every app and its dog will soon have dark mode. WhatsApp dark mode is now available in beta and Instagram's is already here. Even Slack has gone dark – even more reason to pull a late one at work. It's nice to see Facebook start to dim the lights – let's hope they switch them off fully soon.

Want to enjoy dark mode to the full? Take a look at our list of the best smartphones.