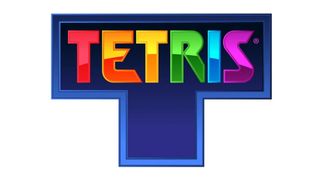 Remember Tetris? The iconic puzzle game turned 35 this week, and to celebrate, it's revealed a sleek new logo. The design ties into other changes for Tetris, including new games, products and partnerships.

As far as new logos go, this one is a textbook example of our logo design tips in action. Tetris has respected the essence of its identity, but straightened it out and glossed it up to prepare the brand for the future.

The new logo (above) was released yesterday – apparently known as World Tetris Day – to mark Tetris' 35th anniversary. In an official press release, Tetris said that the new logo "was designed to convey a fresh, contemporary and dynamic look for the brand. At the same time, it continues to honour the core look for which the brand is recognised globally."

That core look refers to the geometric Tetris puzzle piece, otherwise known as a Tetromino. This shape has formed the basis of the Tetris logo since 1997 (above). Two decades is a long lifespan for a logo, and the recently unveiled version gives it some much-needed tweaks to bring it in line with the expectations of modern audiences and gamers.

These updates include a chunkier frame around the Tetromino, colourful lettering that reflects the game's playing pieces, and a rounded font with uniform kerning that makes the logo easier to read.

The design also see the registered trademark symbol brought inside the graphics, rather than being left to float alongside. Ikea did the same thing recently with its ever so slightly different logo redesign. Can we expect more companies to do this as they adapt for digital platforms?

All of these refinements bring the design elements together and make Tetris look more sophisticated. It's a clever move by Tetris that will hopefully prevent it from being remembered purely as a gaming relic from the '80s and '90s.

And considering that Tetris has been downloaded more than 500 million times on mobile devices, it doesn't look like the game is going to be left behind any time soon. So happy birthday Tetris, and here's to another 35 years of infuriatingly addictive puzzle gaming fun!