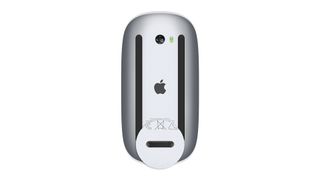 If there's one thing Apple is known for, it's quality product design. But sometimes, even Cupertino's finest can get it wrong. From the fault-prone MacBook butterfly keyboard to the first generation Apple Pencil's easy-to-lose tip, some of the company's designs over the years have been less than perfect. But there's one in particular that fans are still angry about, five years after its release.

The Magic Mouse 2 is a typically sleek-looking Apple peripheral, and even made our best mouse for Mac list. It's a solid option – until you need to charge it. In possibly Apple's most mind-boggling design decision ever, it placed the lightning port on the bottom of the mouse, rendering it utterly unusable while being charged. The mouse hasn't been updated since its release in 2015, and some Reddit users (below) still haven't forgiven Apple.

Many have speculated about what led to the bizarre decision to place the port on the bottom of the mouse. "It seems like they wanted to ensure that the design aesthetic wasn’t compromised," one Reddit user suggests, while another suggests Apple put in the "least amount of effort possible" by simply replacing the Magic Mouse 1's battery compartment with a port. "I suspect they wanted to sell a designated charging station for these but scrapped it at some point," another user suggests.

I'm @Apple for life, but I'll never understand why I have to turn my Magic Mouse 2 upside down to charge it #anxietyJuly 28, 2020

Hate that I can’t use the Magic Mouse 2 while it’s charging pic.twitter.com/JFEGY42SEVApril 8, 2019

I really hate the designer of Apple what Magic Mouse 2 has charge port at unbelievable place!!! I can’t be using mouse while charging!!! pic.twitter.com/qXQvCbdMD5May 3, 2020

There's no denying that the Magic Mouse 2 is a case of form over function – but hey, at least it looks good. While that's the case with most of its products, Apple has let out a few aesthetic monstrosities over the years, from the iPhone 6 Smart Battery Case to the 2003 iMac Keyboard. Here are the 10 most beautiful Apple products – and the 5 ugliest. And if you're looking for a great deal direct from Apple, check out the new Apple Back to School sale.