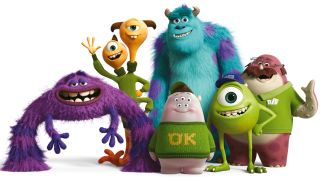 You're on the hunt for that dream animation job and you've got some amazing 3D art to feature in your killer design portfolio. But how exactly do you go about putting your showreel together to catch the eye of a potential employer? Here, Pixar's Allison Rutland reveals her dos and don'ts for crafting a showreel that makes the right impression.

Do: Include a range of work

You want to show off your whole skillset in your showreel, so make sure you haven't just focused one type of animation, and don’t show similar types of shots over and over again. Include examples of acting and physical animation. It's also a good idea to show animation work from both studio jobs and personal tests.

When including dialogue, try and avoid the lines that come up over and over in animation tests. Instead, experiment with less common phrases. Avoid loud and annoying background music, and make sure you can still hear the dialogue over the music.

Do: Space it out

Include a bit of black space between each animation piece. This is a clear indicator that you're moving on to something new, and gives the viewer a bit of a chance to absorb what they've seen.

Your animation showreel should be two to three minutes long (or even less). Make sure you don't go over three minutes.

In your showreel you only want to show your very best work – no fillers. Also: Don’t cut it together like a music video where no one piece is shown in its full length.