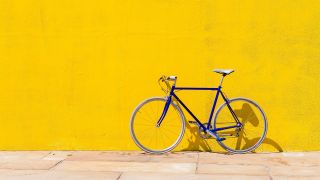 It can sometimes feel overwhelming operating as a creative for a living. It can often feel like everyone is having a go (and sometimes doing better than you), perhaps especially now. But because someone makes things, does that make them a designer? Does that devalue what you do for a living? Does this even matter?

Worry not. I’m here to tell you you’re still a designer, despite the plethora of new work posts and Behance barrages, you still qualify. Yes, you. Helpfully (and humorously) here are five signifying symptoms that usually mean you’re a designer. Who knows, you may not even know it…

Need help keeping up with all the other designers? Get inspired by some of our favourite graphic design portfolios.

Maps. Penguin books. Receipts. Driftwood. Czech glass vases. Horror and science-fiction film posters specifically illustrated and only from the period 1979-1988. These are just some of the things I know designers to collect. Because designers do. They save. They hoard. They amass. And who knows the reasons why, as it’s unique for each person. But you may find an inexplicable and unrelenting desire to just hold on to something, just because it may come in handy and some point.

02. You own a combination of the below:

Faces contained within inanimate objects. Weird or funny graffiti. Letters made by formations of litter. You name it, a designer somewhere has a picture of it. Curiosity, whether expressed externally or held back just for you, is a vital characteristic of a designer. Combine this with the aforementioned compulsion to covet, you find a designer building up their own resource, a personal reference system crucial when it comes to creating.

At the first wind of a semi-notable rebrand, or release of new work, you might find yourself sliding up the sleeves and cracking the knuckles before juggernauting through your keyboard to pass judgement (putting it politely). Designers have an irresistible urge to wade in. To have their say. And this is a true tick in the box of any practising designer. But don’t confuse this with necessarily having any validity on whatever it is you’re wading in on. That comes later. Or sometimes not at all.

Despite version 31 of your design file, despite chasing that invoice for going on six months, despite getting feedback like 'I don’t completely dislike it' from your boss, or your client wanting the work finished five minutes before briefing it, designers still actually care about what they do. And they care about so many things beyond badly kerned shop signs and missed creative opportunities.

Design is a profession that cares about the impact of its work and always, generally, tries to push the right things forward for the right reasons and take a stance on doing the right thing. It’s not perfect by any means, but there is always the effort and the care.

So, if you love a whinge, but whinge because you care. If you hoard stuff for inexplicable reasons, and spot the tragedy in things, and do it all while having a flat white in your black shirt, best jeans and Converse after a quick cycle, you may, just may, be a designer after all.