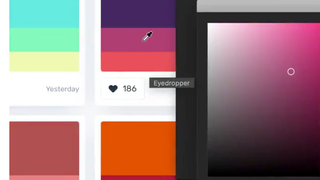 Roughly how much time do you think you've spent taking screenshots to sample colours in After Effects? Wouldn't it be great if you could just use the eyedropper tool outside of the software?

Big news, everyone, you can!

To sample a colour outside of the After Effects user interface, press the Return or Enter key on your keyboard instead of clicking the mouse button and voila! Pressing the Return or Enter key works on both Windows and macOS, whether you’re sampling a colour inside or outside of After Effects. By not using a mouse click, the operating system in use won't switch to the application you sampled the colour from and you therefore never leave After Effects. Clever, huh?

A recent tweet from creative lead Chris Zachary included a simple After Effects tutorial on the feature, accompanied by him commenting the "discovery changed my life". And hundreds of artists and designers, who also had no idea it existed, have responded similarly.

The handy feature might not come as news to some, as, believe it or not, this small but mighty eyedropper trick has been around since 2014 (in After Effects at least). However, for those Adobe CC users not in the know, this is one small tool set to make a big difference.

If this brilliant little feature is the push you needed to sign up to Creative Cloud, be sure to check out our best Adobe deals post, which has details of all the latest offers.