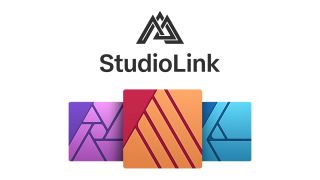 It's been in beta for a while, but Affinity Publisher has finally officially launched on Mac and Windows. The news comes fresh from the Affinity Live event, where Serif also revealed a ridiculously cool new feature: users will be able to swap between Designer, Photo and Publisher personas to instantly access the full range of each app's tools. For the full story, read on.

As predicted, Serif is launching its desktop publishing app with a special introductory offer: right now you can get Affinity Publisher with 20% off. As with all Affinity apps, there's no subscription, which means you can pick up Publisher for a one-off payment of $31.99/£38.99  (usually $39.99/£48.99). For more creative bargains, make sure you bookmark our Amazon Prime Day deals page. Alternatively, here's more info about Affinity Publisher.

Affinity Publisher has its own impressive set of vector and photo editing tools built-in, but if you own Serif's other creative apps – vector design tool Affinity Designer and image editor Affinity Photo (which both got a major upgrade earlier in the month) – you can unlock Publisher's game-changing StudioLink technology. By clicking between the three different icons at the top of the interface, you'll be able to access a full array of professional vector and photo image editing tools from within Affinity Publisher.

That means that for the first time, designers will be able to jump between publishing and image editing tasks from within the same app. Could this be the productivity feature that pushes Affinity apps to the front of the creative software race?

"Affinity Publisher with StudioLink... allows you to instantly switch to the advanced photo editing features of Affinity Photo and precise vector tools of Affinity Designer without ever leaving the app," said managing director Ashley Hewson. "It’s the most fluid workflow ever conceived in a creative suite of applications, and we think it’s a game-changer.”

As of now, Serif has updated the iPad versions of Affinity Designer and Photo to enable them to open, edit and export Publisher documents. We'll have to wait a little longer for a dedicated iPad version of Affinity Publisher, however – a launch is pencilled in for next year. Serif has confirmed the iPad app will feature the same StudioLink technology as the desktop apps, which is very exciting news indeed.

Serif has impressed with its dedicated iPad apps, with Affinity Designer for iPad ranking highly in our list of the best iPad apps for painting and drawing. We're excited to see if Affinity Publisher for iPad will follow the same trend.

What else can we expect from Serif's InDesign-botherer? There's all the usual features you need in a publishing app – Master Pages, facing-page spreads, grids, tables, advanced typography, text flow and full professional print output – plus many more.

Affinity Publisher can import and export all major raster and vector files, including layered PSD, PDF, EPS formats. And it can output print-ready documents in the latest PDF/X formats, with hyperlink support for documents shared online. Serif also promises that it'll run like a dream, even on the most content-heavy documents.

Find out more about the app (and pick up a copy with 20% off) on Serif's Affinity Publisher page.