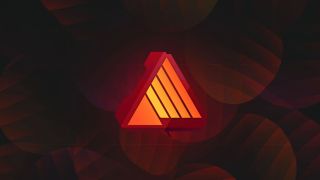 Today we got word (thanks Twitter) that Serif is offering an incredible deal on Affinity Publisher. This powerful desktop publishing app has been available in beta since the end of last year and is due to launch in full 20 June, and Serif is offering a whopping 30 percent discount to all Publisher beta users by way of saying thank you.

If you're not a beta tester but still want awesome deals on creative gear, make sure you bookmark our best Amazon Prime Day deals page. We've also heard rumours there might be more discounts heading our way on Affinity Publisher. If our translation is correct, the tweet below suggests Serif will be offering a 20 per cent discount to all users on the day of launch. Fingers crossed!

The end of InDesign?

Just like other publishing tools, Affinity Publisher can be used to create single and multi-page documents, as well as laying out assets and media for print documents such as books, magazines and brochures. It also caters to the design of web and ePublishing and is available for both Mac and Windows.

The offer is a clever move from Serif. It shows confidence in the product and  gratitude towards its loyal user base. For those creatives currently using Publisher's main competitor, Adobe InDesign, Publisher's pro tools and highly affordable price tag may well be enough to sway a switch, especially if Adobe users are paying for the whole suite just to access InDesign.

Affinity Photo is already listed as our best alternative to Photoshop, and with this recent release, we wonder if Serif will soon be topping the desktop publishing app charts too.

I can't wait for the final version of #AffinityPublisher! It's already great. :) pic.twitter.com/V9ZBOBLzxYJune 3, 2019

Affinity Publisher has been available as a free beta release since mid 2018. In that time, users have helped the app's creators by flagging up bugs and suggesting features they would like to see in the imminent full release.

Functioning in a similar way to InDesign, Affinity Publisher has been praised by beta users for its speed and power. Innovative features, such as the ability to set a document to start on the left-hand side of the page, also give some insight to the flexibility Affinity Publisher could offer. Integration with other popular Affinity tools, namely Affinity Designer and Affinity Photo, only adds to its overall value.

Speaking at the beta launch of Affinity Publisher, Serif Managing Director Ashley Hewson said that it will be "an all-new app which we believe will revolutionise desktop publishing in the same way Affinity Photo and Affinity Designer have shaken up professional photo editing and vector graphic design."