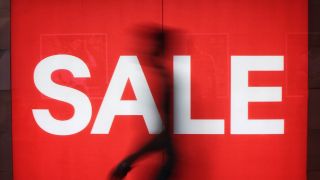 With Black Friday and Cyber Monday just around the corner, consumers are gearing up for another bumper sales event. We spoke to a trade and stocks analyst to get their insights on how 2019's event is likely to shape up. Here's what they had to say...

With previous years seeing some of the best Apple Black Friday deals and top Adobe Black Friday offers, the event has become a staple holiday for US consumers but is slowly growing around the world. Australia and Russia are two countries that have particularly embraced the Black Friday holiday over recent years, with sales more than doubling on an annual basis. In the UK, purchases during the two events jumped from just £4.5 billion in 2017 to over £7 billion in 2018. And spending is set to grow once again this year as Black Friday falls slightly later, on November 29, when more people will have banked their pay checks.

The sales event has become a larger and more extravagant affair every year. But people have been increasingly shopping in the comfort of their own home rather than heading out to the shops. For example, in-store spending fell around 7% in the UK last year while online spending reached new records.

Discounts during the sale season can range anywhere from 20% to 60%, and averaged around 37% in 2018. Prices on everything are slashed but the biggest savings are usually reserved for premium products, especially tech like laptops and televisions. Argos, John Lewis and Currys PC World are among those set to launch deals at this year’s event.

In terms of computers, consumers will not be short of choice. HP Chromebooks, Microsoft Surface devices, the Asus ZenBook 13 and the Huawei MateBook X Pro are all set to have their prices reduced this year, with discounts north of £100 seen on some models in 2018.

Apple products, including MacBooks and AirPods, will also be available on the cheap but you won’t find the savings if you buy directly from the company. Instead, you will need to head to somewhere like John Lewis, which offered some of the largest discounts last year. Be sure to bookmark our best Black Friday MacBook deals and Apple Airpods sale articles to get the very best prices.

You can expect deals on the new iPhone 11 or 11 Pro, as well as the Apple Watch 5, but you will find better offers for the older models, like the iPhone XR or Watch 4.

If Apple is not for you then do not fear, as prices of Samsung products will also be slashed this year. Concessions on the Samsung Galaxy Note 9 are touted to be particularly deep following the release of the new Galaxy 10 range of phones.

Amazon will remain the number-one destination for shoppers this year, having accounted for over one-quarter of all Black Friday sales in 2018, and it will continue to practically give-away its ownrange of products of smart speakers and Fire TV sticks. The online giant is expected to give away more of its own products with other purchases. Expect these bundles to include services and subscriptions too – including on Kindle Unlimited, Music Unlimited, and Audible. If you aren’t already a member of Amazon Prime, you could use the free trial period to ensure you get the best deals and free next day delivery.

You will also be able to get yourself creative software at knockdown prices. Adobe slashed up to 40% off its Creative Cloud subscription last year, while Serif offered deals on its Affinty Photo image editor and Affinty Designer graphics suite.

How and when to get the best Black Friday deals

Black Friday is no longer a one-day sales event and has expanded into a month-long extravaganza. Deals tend to start being released at the start of November but over two-thirds of all discounts last year were launched between the Monday and the Thursday before Black Friday. Still, most people waited for the day itself to take the plunge, with transactions peaking at over 1,000 per second on Black Friday last year, but this is not necessary. You have more time to find the best deals and this means you don’t need to make impulsive purchases.

Plus, you may be better off waiting for Cyber Monday, an online-only sales event famed for its tech deals, on December 2. Retailers tend to release a slew of new deals but many of the Black Friday discounts will still be available.

This year’s event is expected to bigger than ever but be careful not to be swayed by false deals. Make a list of what you want to buy – including any Christmas gifts you want to snap-up early - and research the standard RRP prices to understand whether you’re getting a good deal. One of the best international price comparison sites is Shopping.com, which is part of eBay. You can already register your interest with most online retailers to make sure you are the first to know when a new deal is released.

Lastly, stay in this year. Trends suggest heading out to the shops is unnecessary because it is likely that any stellar in-store deals will also be available online.