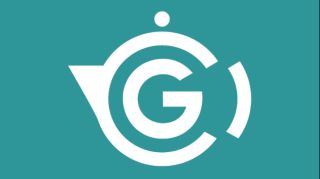 The CG Awards is a celebration of recent achievements in the world of computer graphics, from art created by the lone student artist, to the biggest Soho studios and everybody inbetween. This year we are opening the vote up to the public too, so head over to the CG Awards 2019 voting form to have your say!

And the nominees are...

Up for best VFX in a movie are some of the summer's biggest blockbusters, including Avengers: Infinity War, Jurassic World: Fallen Kingdom, Deadpool 2, Ready Player One and Incredibles 2. Moving over to the smaller screen, best VFX in TV sees Altered Carbon, The Expanse, Stranger Things, Westworld and Star Trek: Discovery go head-to-head.

Best shortform is a varied group, with some of the best of the advertising world – in the form of Samsung Ostrich - MPC, Everything on your list, Staples - Method and Vonster - The Mill – up against cinematic excellence from the likes of Beyond Good and Evil 2 - Unit Image, Overkill's The Walking Dead: Maya - Goodbye Kansas.

Gamers have a tough choice to make this year, with Assassin's Creed: Origins, Far Cry 5, God of War, Star Wars Battlefront II and Call of Duty: WWII making the shortlist in the best game category.

And what about the tools? Blackmagic eGPU, iMac Pro, Lenovo ThinkPad P52, Renda G3 SWC Ultra and Wacom Cintiq Pro have all made the cut for best hardware, while the likes of Houdini, Oculus Medium, V-Ray Next for 3ds Max, X-Particles and Substance Designer compete for the title of best software.

Voting closes 15 November 2018, with two nominations per category given to an expert team of judges who will decide the ultimate winner. Winners will be announced at Vertex, the ultimate conference for 2D and 3D artists, on 8 March 2019 at Olympia, London. Don't delay, help your favourites take home a prestigious CG award by casting your vote.