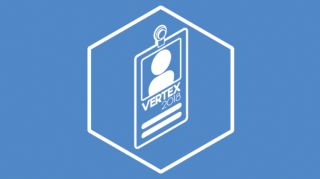 At Vertex, our debut event for the CG community, you'll be able to hear from incredible experts in their field. With an Access All Areas pass, you can get the best that Vertex has to offer and listen to our keynote speeches, rub shoulders with our experts at our networking event and more.

But did you know that you can also learn from our experts for free in our Expo Area in the East Hall? Entrance won't cost you any money, but you have to book your free tickets beforehand as you will need them on arrival.

Here's the full schedule for the Expo hall:

Tom co-founded Blue Zoo Animation and over the studio's 17-year growth the company has become one of the leading CG animation studios in the UK, picking up a few awards along the way. Tom runs the short film programme at Blue Zoo. Ben is the writer and director behind Mamoon, the BAFTA-nominated animated short, and Izzy is the director of Via, the latest short to come out of the programme.

You'll also be able to learn from Maxon's Jonas Pilz, who will show you the powerful MoGraph tools and how quickly and easily you can create eye-catching motion graphics using Cinema 4D.

After graduating from university in 2011, Jonas Pilz worked as a freelance 3D generalist for a period of four years and created lots of visualisations and animations for designated industrial clients and television with Cinema 4D. In 2015 Jonas Pilz joined the MAXON family, giving Cinema 4D workshops and presenting MAXON products at trade shows and other public events.

Whether it's abstract animations, moving fonts or breaking objects – you’ll learn how easy it is to set up any kind of graphics 3D animation in Cinema 4D. Jonas will show you that MoGraph setups are also perfect for VFX and visualisation purposes. In short, you will fall in love with Cinema 4D after this presentation.

Bob Walmsley from Insydium will also be presenting in the East Hall. Bob is a motion graphics designer, 3D generalist and educator and his credits include the Victoria Derbyshire programme on BBC2 and several news features on the BBC News Channel and BBC World. Bob will be demonstrating the latest versions of their Cinema 4D plugins X-Particles and Cycles 4D.

Using the major new features xpClothFX, xpExplosiaFX and xpFluidFX, he’ll be showing how designers can switch effortlessly between motion graphics and VFX, within a unified system built on the most intuitive particle software on the market.

Discover how X-Particles and Cycles 4D's seamless integration into the Cinema 4D workflow allows artists to fully immerse themselves in design, rather than get slowed down in the technical process.

iTooSoft's training manager Paul Roberts will also be presenting on Forest Pack and RailClone, two of the most popular procedural modelling and scattering plugins for 3ds Max in the CG industry, capable of creating and rendering scenes with nearly limitless poly-counts.

Paul is an experienced 3D environment artist and educator who has been working with 3ds Max for over 15 years as a 3D designer and lecturer for the games, product design and visualisation industries.

Both Forest Pack and RailClone have endless applications besides their namesakes. In this presentation, the iToosoft team uses real case studies from LUXX Studios, Makuta, Blur, Screenscene VFX and more to go beyond their tools’ obvious uses, demonstrating tips and techniques to illustrate boundless versatility for VFX, VR, real-time and architectural visualisation.

Behind the scenes of selling 3D models online: data from the leading 3D marketplace

As the CEO and co-founder of the company, no one is better suited than Dalia Lasaite to introduce you to CGTrader, one of the largest 3D marketplaces in the world, which is taking a data-driven approach to the 3D industry and sharing its data with 3D designers around the world.

In addition to presenting the various designer stories and companies that are using the marketplace to help their businesses or careers, Dalia will explain how trends from game development, VR and other industries show up in marketplace data, and how designers can take advantage of these insights in building their portfolios. Audience will also get a sneak peak of a brand new Analytics tool CGTrader is launching for the community.

So don't miss out on Vertex, our CG event for the community! Get your tickets, whether for the East Hall Expo Area or for an Access All Areas pass now!