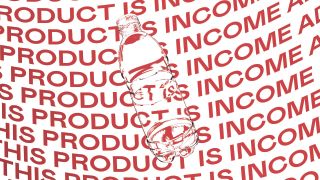 The era of one price fits all may soon be over. As bricks-and-mortar retailers implement new technologies that enable them to bring elements of ecommerce industry into stores, targeted offers will become part of the physical shopping experience.

This trend is being driven by the advent of automated commerce in China, where automated store operator BingoBox plans to open 3,000 unmanned shops by 2020. JD.com has also announced plans to open hundreds of unmanned stores after successful trials at its Beijing HQ, with the online retailer aiming to use its advantage in data analytics to make the in-store experience personalised. JD’s stores will, for instance, use facial recognition to show customised deals based on customers’ demographics and shopping habits.

"The technology enables [automated stores] to provide an unprecedented insight into recommendations and offers," says LCP Consulting manager Will Dawson. "If a customer spends 10 minutes browsing fine wines, for example, but then opts for a cheaper alternative, a targeted offer may prompt future customer upselling and loyalty."

These systems may soon also offer the opportunity to engage in new forms of price segmentation aimed at engaging less affluent consumer groups. "As part of a corporate social responsibility programme, acting as an activist with pricing can help differentiate a brand," says Andrew Watts, founding partner at brand commerce agency KHWS.

One example of this is Amazon, which in 2017 offered a £4.58 monthly discount on Prime membership for those with a valid Electronic Benefits Transfer (EBT). Given that Amazon already operates its own automated Go stores, and last year also started experimenting with a retail pop-up based on the concept of dynamic pricing, it's feasible that these initiatives could merge.

With two-thirds of humanity predicted to be living in urban environments by 2050, according to the UN, cities need to be able to sustain the growing demands on their infrastructure. Not only do technology corporations have the tools, they also have the money that is essential for this urban evolution – one of the reasons the smart cities market is forecast to grow from about £324bn to £915.2bn in the next four years, according to research firm Markets and Markets. Increasingly, local governments are turning over entire tracts to the likes of Samsung and Google, which act as testbeds for smart innovation.

One key example is Google's Sidewalk Labs, an urban innovation platform that aims to redevelop an 800-acre section of Toronto’s waterfront in order to create ‘the world’s first neighbourhood built from the internet up’. To do this, the project will track 25 quality-of-life metrics including walkability, job growth and civic participation. "We believe our role is to create the conditions for others to innovate on top of," says CEO Daniel Doctoroff. "That’s what great cities have always done: a street grid is a platform."

As smart cities become more pervasive, we will need to remain vigilant about how much oversight they give their brand operators. Despite its ethos of altruism, Sidewalk Labs' project will prove to be a goldmine of data for its parent company. "[Google] clearly regards Toronto’s waterfront as a massive research incubator for future product development," argues John Lorinc, author of The New City. Can we be sure that public interest will always trump the profit motive?

This is a concern shared by Evgeny Morozov, author of The Net Delusion, who states: "Amid all this platformaphoria, one could easily forget that the street grid is not typically the property of a private entity, capable of excluding some and indulging others." Following GDPR, consumers will demand the same transparency about how their personal information is being used in the urban environment as is now mandatory online, with clear demarcation of where and what data is being collected.

Although they are increasingly fundamental to the functioning of modern society, the extraction of rare earth minerals such as cerium, neodymium and ytterbium is damaging the environment.

In China, the consequences of lax regulation have left much of the soil and water around mining sites contaminated with poisonous, even radioactive material. This has direct human consequences. In the Bayan Obo mining district in Inner Mongolia, cancer is one of the leading causes of death. "The resonances running through the politics of rare earths, and the politics of technology further up the supply chain, force a hard rethinking of the various stories that Silicon Valley tells itself in order to live," says author Ingrid Burrington.

In future though, consumers will be able to purchase electronics whose constituents were not mined on Earth at all. NASA has planned two expeditions to map a resource-rich asteroid known as 16 Psyche, located between Jupiter and Mars, in 2021 and 2023, respectively. It is thought that it could contain enough mineral value to wipe out global debt.

Meanwhile, in 2014, US Congress passed a bill "to promote the development of a commercial asteroid resources industry for outer space", with private companies racing to be the first to prospect and process one of the 10,000 or so asteroids accessible from Earth.