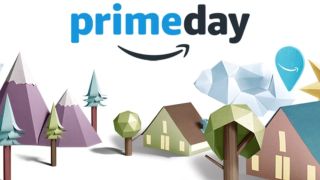 It’s nearly time for Amazon Prime Day 2019, the day when Amazon celebrates summer by dropping the prices of all kinds of things. Deals on Amazon hardware and smart home products are a given; as we discovered last year, there are often decent deals on software, laptops, accessories and all kinds of consumer electronics.

Prime Day is rather like Black Friday, but it’s Amazon’s baby and it has a different focus. Where Black Friday is largely about buying things for other people, Amazon Prime Day is more about buying things for yourself. That’s good news for designers, as it can mean money off things you actually want and things you actually need.

At least, it can mean that if you’re careful. Like any big sales event, There Be Dragons. Let’s find out how to put their (Kindle) fires out.

We keep our Prime membership all year round, but if you’re only signing up for Prime Day so you can access the Prime Day deals then make sure you cancel again before the 30 day free trial period is up. If you forget, congratulations! You’ve just dropped more on a Prime membership than you may have saved on Prime Day itself.

Many of Amazon’s deals are time-limited or have limited stocks available, so make sure you set a reminder for the ones you really don’t want to miss. When they’re gone, they’re gone. Mostly. But sometimes you get a second chance.

That must-have lightning deal you forgot about may appear to be sold out, but just like in a real shop, a sale isn’t a sale until it goes through the checkout and the retailer gets paid. That means it’s worth joining the wait list on any deals you’ve missed. The wait list isn’t always available but when it is, it could mean you get the product when someone else changes their mind.

04. Check around for better deals

What may appear to be a massive discount on the RRP could just be the same price everybody else is charging. Use Pricespy.co.uk to check, and don’t forget eBay either: it’s packed with retailers who may have better deals.

05. Consider if Amazon's deal is a good one

CamelCamelCamel.com is your friend here. It enables you to see a particular Amazon products’ price history to make sure the deal really is a deal. Some product prices vary wildly over time, and if the product you’re looking at is one of them then there’s a lot less urgency: if you could use the same money better elsewhere, you can use it elsewhere and be confident the price will come back down again soon.

It’s really important to plan ahead for big events such as Prime Day. For example, if you want to buy a particular kind of product, what’s the going rate for it? What specs do you really care about? That laptop isn’t a great deal if the graphics card isn’t what you need; that iPod touch may not be such a bargain if it’s the recently replaced model, which uses a four-year-old processor. Check out our range of buying guides, such as our guide to the best computers for graphic design and the best graphics cards to get some advice.

07. Pay attention to other retailers

One of the reasons Amazon started Prime Day was because competition was making it harder and harder to stand out during Black Friday Super Bargain Enorm-Deals Week, or whatever Amazon’s calling it this year. It was a cunning plan, but the thing about enormous annual sales events that you have to announce in advance is that other retailers can do their own discounting to compete with you. Which is exactly what the big-name retailers have started to do on and around Prime Day.

Just because it’s cheaper doesn’t mean you need it, and if you don’t need it then it doesn’t matter how good a deal it is. We still haven’t unwrapped the wireless headphones we bought last Prime Day. Had we waited, we’d have seen their price get even lower. Or we’d have realised that we didn’t actually need them in the first place.

09. Believe in the potential

Not all the deals on offer will be exciting. But that doesn’t mean there aren’t going to be deals worth getting excited about. If you’re considering any kind of hardware purchase, or if you just need to stock up on coloured pens, it’s worth hanging on to see whether Prime Day will make it cheaper.