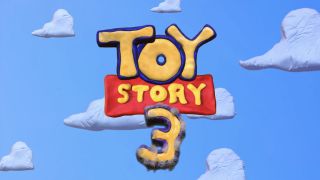 Looking for some weekend viewing? We know you've almost certainly seen Toy Story 3 many times, but you've never quite seen it like this.

While Toy Story 3 was the work of a massive team at Pixar using state-of-the-art computers to create one of 2010's best 3D movies, this version is the result of a much more streamlined production process. Toy Story 3 IRL, released on 25 January, was created by just two teenage brothers, Morgan and Mason McGrew, and took a bit longer than the original film to produce: roughly eight years. Was it worth the effort? You decide:

As you can see, it didn't need Pixar's heavyweight computer hardware, as it was all shot in the real world using toys and models. The McGrew brothers painstakingly reproduced every shot from the film using stop-motion animation, using iPhone cameras and a hell of a lot of patience.

The brothers uploaded the first trailer for their low-budget remake im 2018, and it quickly racked up over 2.5 million views on YouTube. The second trailer performed similarly well, and it's safe to say that there were lots of people waiting for the remake's final release.

At the time of writing, Toy Story 3 IRL has attracted over half a million views; not bad considering it's only been out for four days. And perhaps the best news is that it's been released with Disney's blessing.

We've seen plenty of promising fan projects disappear beneath a volley of cease and desist letters from over-protective IP holders, and considering that Toy Story 3 IRL uses the original Toy Story 3 soundtrack, it was sailing close to the wind, copyright-wise. We had every expectation that the remake would quickly vanish when we first saw it; it's good to see that Disney's encouraging these young filmmakers.

It may not have the sleek looks of Toy Story 3, but this IRL version comes packed with charm and there are plenty of fantastic moments along the way; we particularly love how it takes advantage of being able to shoot in the real world and has the scenes with people in them shot as normal video rather than with animated CG humans.

Most of all, it's a stunning example of extreme dedication to a task. Could you have devoted eight years to a single project when you were a teenager? Us neither. See more about the project on the Toy Story IRL Facebook page.

Join us in London for our unmissable event for 2D and 3D artists, featuring workshops from over 20 professional artists from film, video games, VFX and illustration. Book now: vertexconf.com