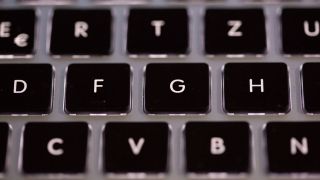 With web fonts natively supported in almost all browsers, and more and more typographic features being implemented in the latest versions of HTML and CSS, a bright new era of increasingly sophisticated web typography is upon us. This means web designers need to get (re)acquainted with the rules of classic typesetting – but it doesn’t end there.

Whereas print typography is static, web typography is a fluid medium. More than simply learning how to achieve a specific look, designers have to tackle responsive typography, and be able to predict the end result across different browsers and devices. Here are some of the basic dos and don’ts of typography, specifically applied to the web.

01. Find out what your fonts can do

The very first thing you must do is check the capabilities of the fonts you are going to use. All fonts are created equal, but some fonts are more equal than the others. Unicode encoding means fonts can hold literally tens of thousands of glyphs, and the OpenType font format supports numerous features like small caps, old style numerals, discretionary ligatures and contextual alternates.

Yet any font is only as good as the type designer who built it. What use are all those typographic niceties if the designer neglected to draw the necessary characters or failed to code the relevant features? Creating professional fonts takes an enormous amount of time and effort, and some designers are not prepared to go all the way.

This is why it is very important to check the character set and the features of a font before incorporating it in your web design. A font is like a toolbox; if a crucial tool is missing, you won't get far – if there is a screwdriver, a saw and pliers but no hammer, not a lot of hammering will get done.

Font fallbacks happen on a character by character basis. As soon as character is missing in the specified font, the fallback system will use the corresponding character from the next font in the list, then switch back to the original font.

This technique can be used in an unconventional way with surprising results. If, for example, the character set of a font has no old style figures, find a corresponding font that has them. Subset it, leaving only the desired numerals, and put it first in the fallback list. All numerals in the text will then be set in that old style figure subset, and the rest of the text in the regular font. This prevents you from having to format numerals separately and keeps your text file clear of unnecessary HTML tags.

Most professional quality fonts have several sets of numerals, each with a specific use. For example:

CSS enables you to fake a number of things. If there is no bold variant of your font the <b> tag will artificially embolden the text by rendering it double with a slight lateral translation. Applying the <i> tag to a font without an italic style will digitally slant the characters. The resulting distorted letters invariably look dismal. Generally speaking, you want to define all your text formatting in the CSS file, and avoid local character formatting as much as possible.

Faking small caps when they are missing in the character set always makes them look too thin by comparison with the surrounding text. When the type family has a semi-bold variant, or the difference between the regular and bold weight is moderate, use that bolder weight for the small caps to adjust the darkness of the text. Don’t forget to give the small caps a little extra character space.

06. Be careful with copy-pasting text

You can sometimes find words in web pages with illegible character strings where there should have been an accented or other special character. This occurs when text is copied from text editing software using a character encoding other than UTF-8. Character encoding systems map all glyphs in a given character set to facilitate the transmission of data (generally numbers or text) through telecommunication networks or for data storage.

As HTML works with UTF-8 it will misinterpret copy-pasted text from any other encoding system, turning specific characters into bizarre combinations of random letters and signs. Furthermore certain content management systems will not only copy the text but also the formatting, causing unpredictable results. The best way to avoid this is to convert the copied text to text-only format in a simple text editor, then copy it from there and paste it into the CMS.

Looking at your keyboard, you may not realise what a wealth of characters is available. Many of them are defined by HTML entities, so it is a good idea to memorise the most common ones and have an overview handy when typesetting for the web.

A lowercase x is not the same as a multiplication sign, the trademark sign is not simply a raised capital T and M, and a floating acute accent will not do for an apostrophe. For more detail on this, take a look at our article on typographic mistakes everyone makes.

A big advantage of text on the web is that it can be resized by the user. If text is defined in pixels, resizing a web page may cause discrepancies in the relative sizes of the different text styles and, for example, body text may end up bigger than the headlines. It is crucial for all text sizes to be defined in ems in relation to the standard body text size. This ensures that all text in a web page is resized accordingly, respecting the relationships between the different text sizes.

Resizing the browser window makes text columns go narrower or wider, and end-users can also alter text sizes. This could make you believe that you have no control over line breaks. Yet when you look beyond the desired end result and understand what exactly you want to achieve there are certain aspects that can be steered.

Line breaks occur at the end of paragraphs that are wrapped with a <p> or <div> tag. In all other cases, line breaks are very seldom inserted solely for the purpose of having the next word start at the beginning of the next line, so use the <br> tag sparingly. The most common reason is to keep two or more words together.

The non-breaking space is not the only special space character available in HTML. An em space is as wide as the type size, creating a perfectly square separator. The en space is half its width. Very useful in tabular material is the figure space, which takes up as much room as the numerals in the font, while the punctuation space is as wide as the dot or comma. Thin spaces can be used between the dot and the next letter in abbreviated names, and hair spaces to detach em dashes from the neighbouring characters. And then there’s the three-per-em space, the four-per-em space, the six-per-em space …

Full justification has an adverse effect on the appearance of text. The process of justifying the words to fit the line length increases the spacing between words, making those word spaces vary wildly between subsequent text lines. This gives the text an uneven appearance and creates unsightly gaps between words in some lines. Justified left/ragged right is the preferred alignment for ease of reading.

Besides character spacing and word spacing, line spacing also influences legibility. Lines of text that are too close to each other create a dense text image that is hard to decipher. If on the contrary the line spacing is too generous the reader has difficulties finding the correct next line after a line break.