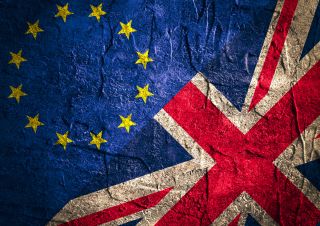 After the recent UK referendum result and Brexit looming on the horizon, many British designers find themselves contemplating what the future may hold. But what exactly does the Brexit outcome mean for the web industry? Here, British and European designers have their say...

"It brings a lot of uncertainty," says UX designer Anna Dahlstrom. "Right now I’m trying to find positives. The low pound makes it cheaper for clients outside of the UK to hire us and I hope that leads to working relationships that otherwise wouldn’t have happened. We’re a talented and creative bunch and Brexit isn’t changing that. Perhaps this mess will further fuel remote working and help bring more opportunities to areas of the UK where there currently are less.

Rachel Andrew, co-founder at Perch CMS says: "Many of the people I have spoken to since the referendum are seriously looking at moving all or part of their businesses into Europe – that includes everything from small companies like mine through to larger startups and big organisations. This is going to have an impact in terms of available jobs in the industry and the vibrancy of the UK tech scene.

"As the owner of an agency based in a non-EU country, I can say this much: hiring talent from outside is vital, and in Switzerland this has become very difficult," says Oliver Reichenstein, founder of Information Architects.

"Having offices in Berlin and Tokyo helps. In a financial depression agencies are the first to be hit, and the last to profit from an upswing. With today’s in- and far-sourcing trend, more UX designers and developers will continue to move to corporations, work as freelancers or temp staff. We will have to use our creativity upon ourselves and reinvent how we do business, maybe even letting go of the current model that was fit for the advertising industry. Brexit may accelerate the inevitable."

Research director at Monotype Emma Boulton says: "As design professionals, my husband and I made a conscious decision a few years ago to start a business in Wales rather than overseas. We felt that the design industry here, in a UK embedded in Europe, was by far the best place for us.

"Wales has enjoyed an annual net benefit of £245m from the EU, some of which has enriched the digital and arts sectors here. It’s impossible to think of the UK in design terms without Europe. Our rich culture and heritage is interwoven and I can’t help but feel that we will see real and lasting damage by withdrawing."

Those who encouraged voters to leave the EU characterised the institution as a redundant bureaucracy, holding us back and making our lives unnecessarily complicated," comments designer, author and web accessibility advocate Heydon Pickering. "This couldn’t be further from the truth. Unless we are able to negotiate a deal which preserves free movement, typically footloose workers such as web designers – who tend to travel and relocate frequently, dealing with international clients and organisations – will likely see rises in both the cost and the complexity of accessing the global marketplace."

"We are in a crisis of a democracy," says designer and entrepreneur Lauren Currie. "Brexit was a backlash against the political elite and a reflection of the unrest that has been sleeping beneath the surface for decades. We need to spread the ability to motivate, educate, inspire and inform. Designers are a breed of craftspeople who have the ability to do this. Designers pride themselves in getting beneath the surface of a problem. Now is our chance. I often meet creatives who talk avidly about changing the world. Now is our time!

Left Logic founder Remy Sharp says: "In running an event and needing sponsorship, we’ve seen a disproportionate number of companies turning us down, explaining that they’re reviewing their entire budget process. Money is tight. Personally, I’ll be looking for work that will benefit from a weak GBP. Then there’s our non-UK colleagues who suddenly don’t know whether they’ll remain in the UK, as much as they love the country. Leaving the EU feels like we’re closing a door. This is unlike our industry. Unlike the web."