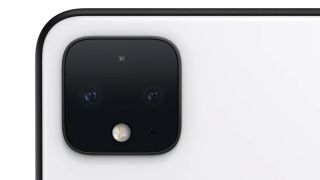 The Google Pixel 4 is one of the best camera phones you can buy, whether you’re big on bright city lit photography or high-impact night shots. It’s a great point and shoot snapper that’s easy to use, after all, and the experience it delivers feels seriously considered, with its clean interface, smart controls and versatile range of shooting modes.

That said, if you want to get everything you can out of the Pixel 4, you’ll need to know about its double taps, hidden Astrophotography feature and let’s not forget the Pokemon. We cover all these highlights and more in this ultimate Pixel 4 camera guide.

What makes the Pixel camera so great?

Google has processed billions of images – it’s a search company after all. That means if anyone knows what makes a good image, and what doesn’t, it’s the big G. Historically, its Pixel phones haven’t been anything special in terms of camera hardware, they’ve all had traditional 12MP sensors. It's the software and image processing where the Pixel 4 excels. That’s how these humbly specced camera phones have delivered better dynamic range, clarity and greater noise handling than pricier phones like the excellent Note 10 Plus and their in-excess of quadruple-camera setups.

What specifically makes the Pixel 4 camera so good is its simplicity. Photography pros may balk at the fact it has no manual mode, but there are still some very smart overrides when it comes to fine tuning exposure.

The Pixel is one of the only smartphone cameras that lets you boost shadows separately to highlights, for example, so if you’re photographing a black cat, you can pull out detail in its fur that other phones can’t.

To take advantage of this shadow boosting, tap a focus point, and if you’re holding the phone in landscape orientation, you’ll see two bars appear at the top of the viewfinder. The right-hand bar controls exposure, the other controls shadows – genius.

You can make on-the-fly adjustments in quick settings; swipe in from the left of the Pixel to access them. Here, you can toggle motion capture, which takes a short video clip with every photo so you have a moving memento. This is also where you can set a timer, fire up the flash and change the image aspect ratio from 4:3 to 16:9.

Tap the cog for advanced settings – overlay framing grids, turn off camera sounds, enable quick sharing options so you can fling your picture straight onto Twitter, toggle RAW shooting on or off, and so much more.

The new Pixel 4 includes a 16MP telephoto camera with a roughly 1.6x zoom. That’s an optical zoom, so it holds onto more detail than digital zoom, and it’s one of the best we’ve used, outperforming the iPhone 11 Pro. How you access it, however, isn’t immediately obvious.

Sure, you can pinch in and out to frame your shot, but that’s clumsy and will likely leave you overshooting the second camera’s focal range or fall short of it altogether. The solution? Just double-tap the screen to punch in, double-tap to punch out. Stick with taps over pinches and you’ll guarantee yourself the highest quality photos, whether you’re zoomed in or out.

When the lights go down, Google’s Nightsight mode comes to the rescue with its handheld long exposure and see-in-the-dark superpowers.

To activate it, swipe to the Nightsight option near the shutter release button or just tap it, point your camera at your subject, hold very still and take your shot. Your Pixel 4 will capture multiple pictures for about three seconds, stitch them together and create an almighty, high dynamic range, low light marvel. The steadier your hand, the better your shot, but even if there’s a bit of wobble, the Pixel 4 will still impress.

That said, Nightsight takes photos with a long exposure, so if you’re shooting someone else, they need to keep as still as possible too, otherwise, they might end up looking like a blurred spectre against a pin-sharp backdrop.

The Pixel 4’s highlight feature, Astrophotography isn’t quite as easy to fire up as we’d have liked it to be, and out of the box, we didn’t get any instructions as to how to go about taking photos of stars and galaxies.

That said, once you know what you’re doing, it’s a doddle. First, launch Night Sight. Next, access your phone’s quick settings and turn on the Pixel 4’s self-timer - an optional step, but it will give you time to position our Pixel. Next, steady the phone, either on a tripod or a surface, and when the Pixel detects it’s perfectly still, it will flip to Astrophotography mode.

When engaged, Astrophotography can keep the shutter open for around four minutes. While we weren’t able to capture the stratospheric shots Google demoed at the launch of the phone due to light pollution and cloud cover in the city we were shooting in, the results still impress.

Google’s Pixels are always fun. In the past, the phones have seen augmented reality partnerships with the likes of the Avengers, Childish Gambino, Star Wars and Stranger Things; now, it’s Pikachu’s turn to steal the AR spotlight.

Google’s incredibly smart object recognition overlays one of four Pokemon from the Detective Pikachu movie between you and your background if you’re taking a selfie. Alternatively, you can create a Pokemon party by positioning multiple Pokemon over your scene if you’re shooting from the main camera. To access it, tap More within your camera UI, then Playground.

As you can see from the example above, its object recognition is great and the creatures engage with one another when multiple Pokemon are in position. It’s also a lot of fun for kids too as the Pixel can still grab pictures and shoot videos of the Pokemon in action when in Playground mode, making it a great way to engage their imagination and creativity while still giving them a screen-time treat.

Google Pixel 4 camera: Anything else?

While we’ve covered the main highlights exclusive to the Pixel 4, there are other features found on most phones that are so good, they’re still worth mentioning. Its portrait mode, for example, works across the main camera, zoom camera and the selfie camera too, blurring out the background brilliantly.

The Pixel 4 also shoots Panorama photos, and even 360-degree Photosphere images, which can be used with VR headsets. Slow-motion mode freezes time by up to an eighth and Time Lapse fast forwards it up to 120x. Just like any flagship smartphone worth its salt today, the Pixel 4 also shoots 4K video too with impressive image stabilisation.

Thinking about picking up a Pixel 4 if you don’t already have one? To find out everything else you need to know about Google’s impressive camera phone, read our full Pixel 4 review.