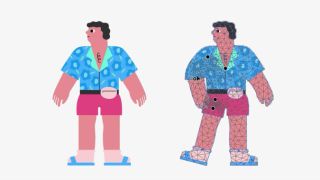 We all get used to the tools in our kit, and quickly know them inside out. But with innovations coming thick and fast from the major players and startups in design software, it’s worth out trying some new tools. Because once you get past the initial learning curve, you could end up saving yourself considerable time and frustration.

Here we bring you some of the biggest new tools to hit the market in recent months, and explain why they might be able to supercharge your workflow in 2018.

Released in October 2017, Lightroom CC is not, as you might expect, an update to Adobe’s long-running image editor and organiser, just moved to the Creative Cloud model. It’s an entirely new app. Just to make that clear, the original version of Lightroom is still available, and has been retitled Lightroom Classic CC.

Rather, Lightroom CC is a next generation tool that harnesses the AI power of Adobe’s Project Sensei. Most notably, that means it automatically tags photos with searchable keywords to save you having to do it manually (or, as we’ve all experienced, forgetting to tag them altogether).

The tool also comes with scalable storage options for everything including raw files; built-in social sharing tools and Adobe Portfolio integration; and support for mobile on iOS and Android. Unlike its predecessor, it’s not a one-off purchase but is only available through the Creative Cloud.

If you have a Creative Cloud subscription, also since October 2017 a cool new tool has been available to you to make drawing curved lines in Photoshop CC easier.

As an alternative to drawing and modifying paths using Bezier curves, the Curvature Pen tool allows you to simply click to add points, and it will automatically create curves between them. Then simply push and pull segments of the curve to modify it. You’ll find it under the Pen tool in the Tools panel.

There’s been a Puppet Warp tool in Photoshop since CS5. And in October 2017, Adobe finally add a vector version of the tool to Illustrator CC.

Puppet Warp lets you plant pins on different parts of your design and then twist, warp and distort them by pulling the pins around. Importantly, the effect is only applied in the area you select, while leaving other parts unaffected. You’ll find it under the Free Transform tool in the Tools panel.

There’s a new way to incorporate 3D assets into Adobe Illustrator: using a free plugin for Mac and Windows from Maxon, the makers of Cinema 4D. This enables you to combine 2D graphics and 3D scenes in a similar (but different) way to Adobe’s own Dimension CC (previously known as Project Felix).

Interestingly, you can use the tool to import and edit Cinema 4D assets, even if you don’t have a Cinema 4D licence yourself.

Until recently, things were quite simple. InVision was a prototyping tool, generally used in conjunction with tools for creating static images such as Photoshop.

Then came XD, Adobe’s own prototyping tool, which was designed to work seamlessly with the Creative Cloud apps. Now, in response, InVision is gunning for users of Photoshop (and Illustrator, and Affinity Designer and Sketch) with the planned launch in January 2018 of InVision Studio.

As the name suggests, InVision Studio is a full graphics package, built with the typical workflow of a modern designer in mind. So not only will you no longer have to edit your static images within a separate tool, the new tool offers an easy way to share your assets with other designers within the InVision Cloud and responsive design is baked in.

Studio will also have its own assets store and app store. You can request early access from InVision here.

While many tools allow you to prototype apps without knowing any code, Lightwell actually lets you create mobile apps themselves. Available for iPhone, iPad and OS X, this clever tool lets you upload your 2D designs and turn them into interactive storytelling apps.

Aimed at designers, artists, students and creative agencies, Lightwell is the product of Hullabalu, a company that previously made a name for itself creating interactive apps for kids. Offering a potential quick and easy way to bring media and stories to life, Lightwell is currently free on the Apple Store and will reach the Google Play store in 2018.

A collaboration and communication tool for designers, Wake has been around for a couple of years now. But what is new is that in summer 2017, its makers released a free version for freelancers and small startups.

Originally created by Facebook product designer Chris Kalani and available for iOS and OS X, Wake is being used by the likes of Airbnb, Microsoft, IBM and Spotify. Features include the ability to share work directly from Sketch, Photoshop or Illustrator with a handy keyboard shortcut; to find what you're looking for by searching for people, tags, file types and dates; and to stay up to date while you’re out of the office via your iPhone.

As we reported when it was revealed in November 2017, Adobe's new AI-powered tool promises to help you select the main subject or subjects in an image in one click. Powered by Adobe Sensei, the video demonstration above suggests that Select Subject could save creatives a long time when cutting out subjects to move onto a new background.

Not solely dependent on machine learning, the tool also lets you refine the mask edge easily in the Select and Mask workspace. Select Subject is said to be coming to Photoshop in an update, which we hope will be pretty soon.

Easle is a website that’s been launched by industry leaders to help freelance creatives get hired by big brands, without needing to pay fees to an agent. Illustrators and graphic designers can apply directly on the site, and are vetted and curated by a team of experts. With more than 200 clients including Ogilvy, Penguin and Netflix, it’s clearly doing something right.

Liked this? Read these: