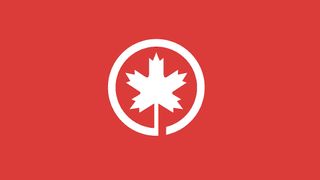 Having raised almost $100,000 on Kickstarter – nearly $20,000 over its target – Design Canada, a documentary about the history of Canadian graphic design, is premiering this summer.

It's five years since Greg Durrell, who is a partner at Hulse & Durrell, and his collaborators Jessica Edwards and Gary Hustwit began filming. The team thought they were finished last year, but ended up having to delay the release in order to rework a story arch.

Throughout filming, they met the heavyweights of Canadian graphic design – the people responsible for the design thinking that ultimately shaped the nation.

Watch the trailer below and read on for our exclusive interview with Durrell...

What inspired you to start the project?

Growing up in Canada, I realised I was surrounded by beautiful symbols and logos, but I could never really find any information about them. As my frustration grew, I decided to make a film about it. When I began the project I didn’t even know anyone who had made a film before. A mutual friend put me in contact with Jessica and Gary and a half-decade later, the rest is history.

Did you discover any new design work?

I feel like I discovered archives which had not been seen in decades. Tracking down Canada’s design pioneers was often a challenge. Little information existed about them online and when I showed up at their homes often I would be looking through their body of work for the first time. The Canadian design story was not documented in the same way as in the UK or US.

In terms of my favourite design from the project, I think the CN Railway logo was the one which had the biggest impact on design in Canada because prior to that identity, Canadian companies had logos with frilly maples leaves, beavers and various kitschy-Canadiana elements. CN showed Canada that you could modernise and still be Canadian.

Who were you most excited to talk to?

Having the opportunity to interview Massimo Vignelli about Canadian design two years before he passed was a huge honour.

Why do you think your Kickstarter campaign was so successful?

I think there was a lot of exceptional work from that period that has not received the proper recognition that it deserves and people are curious to learn more.

How did you keep motivated over so many years?

The story was something I was very passionate about and I knew from the start that it would take years to complete. I believe that small daily habits can build into extraordinary outcomes, so motivation wasn’t a huge issue. I’ve always enjoyed long-term over short-term projects.

Why did you decide to delay the film's release in 2017?

The decision to delay the release was doing what was best for the film. We had a narrative thread that weaved some of our stories together, and it was not working. It was one of those situations where on paper it sounded great but in execution it was off and we knew we could fix it. This resulted in delaying our release nine months, blowing up our timeline, reshooting new stories and then reassembling everything. but it was worth it.

Regardless of what it does, or does not do for Canada’s international perception, I hope people take away that graphic design matters and it influences our lives every day. If we can become more conscious of it and use it as a tool, we can build a better country and ultimately a better world.

How can people see the film?

Follow us at www.designcanada.com and on social @designcanfilm to stay up to date about screenings near you and the digital release at the end of the summer.

This article will appear in Computer Arts issue 280, on sale on 29 May. Subscribe here.