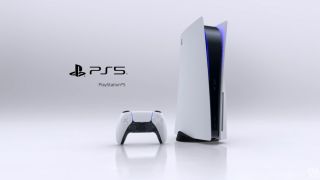 After much anticipation, Sony has finally revealed its next generation Playstation 5 video game console (above). Hailed as "the most striking design console yet" by CEO of Sony Interactive Entertainment Jim Ryan, the PS5 design consists of a brilliant white, shell-like outer case, wrapped around a black core system complete with blue LEDs.

When you compare the PS5 design to the ever-so-drab PS4, it's fair to say Ryan has a point. However, not everyone is totally sold on this 'striking design' (including us).  As one might expect, Twitter was quick to react to the new console, with many users quick to point out – and mock – the PS5, saying it bears a striking resemblance to that of a wifi router:

Playstation 5 made its debut. #PlayStation5 pic.twitter.com/pBQEYxFW7fJune 11, 2020

But there also some loving the PS5's 'sexy' new look:

Not gonna lie; the PlayStation 5 can take my money and kidney cause that looks sexy asf 🔥 pic.twitter.com/i4umDtq17fJune 11, 2020

So what do we think? Honestly? We're not quite sure yet. There's no denying the PS5's design stands out, but the build raises a few questions. For example, while it looks like you can lay the device down, it looks awkward doing so, particularly the version with the built-in disc drive.

We do, however, admire the bold, brilliant white colour change after the PS4, although how long it will stay shiny white out of the box remains to be seen. There's also something to be said for the PS5 being the polar opposite of the Xbox Series X. It would have been easy to follow the signature black console design, but Sony's brave move to stand out means there's now certainly no confusing them.

The Xbox also had its fair share of ridicule when it was released too, with the likening of it to a fridge so relentless, Microsoft crafted a special tweet to clarify the situation (below).

Right now, the PS5 design seems to be much like marmite: people either love or hate it, with very few in between. Except us, maybe. We can totally appreciate the amount of brave decision-making, time and effort that has gone into the design, we're just not 100 per cent sold on the end product. We'll certainly never look at our wifi router the same again, that's for sure.

When will the Playstation 5 be released?

The official PS5 reveal did not include or share any definitive launch dates or price for the console, however Ryan did confirm that the system is still on track to be released later this year.

If you can't wait that long, or aren't bothered about getting your hands on the shiny new futuristic device, here are the best PS4 prices in your area: