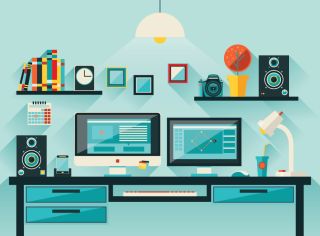 Defining the role of design in 2016 is a nightmare. When someone calls themself a ‘designer’ they could mean they design the interface of ecommerce websites, or they do frontend development, or they design the business structure around a product: its website, app and other touchpoints. Some will even design physical products.

When we refer to ‘design’ now, it’s so hyper-contextual that no-one outside of our silo of activity knows what we’re talking about, which can also lead to confusion about the role a designer plays in a team. This is felt very acutely in the world of the Internet of Things, where many different professions and variants of design are needed. But most people simply say they are looking for ‘designers’.

The growth of the IoT

When I was studying interaction design in 2004, the Arduino was tested on my cohort. We were not technically-minded students, but there was a common understanding of design practices that were focused on physical objects.

In 2007, when I started running the first Arduino course in London, we attracted a lot of designers who were a bit tired of the web. Open source hardware was cool because it was so different. We ran Arduino workshops on some obscure yet exciting platforms such as vvvv, openFrameworks and the more popular Processing. We even ran events on the role of open source in the development of the Internet of Things, which was picking up steam in the community. It wasn’t about building a business, it was about exploring a new space: electronics and open source practice.

Then crowdfunding platforms like Kickstarter gave budding entrepreneurs (often engineers) a platform to turn the prototype in their shed into a business. Building a connected product became a technological challenge, not a design one.

Most early-stage businesses I meet have a product but hardly understand their market, and certainly think design is a secondary concern. The agile workflow of software development clashes with the funnel process of product design, where not every hardware mistake is fixable, and recalls are expensive.

Design underpins all this work. So go out and find a designer or design firm to work with you. For each different category of design, you will find different ways of recruiting them.

Physical product designers shouldn’t necessarily be hired when they’re straight out of college – their lack of manufacturing experience will cost you too much. Look at design firms like Map Project Office, RPD or IDEO. These kinds of businesses are rarely set up to work with startups, but they may take you under your wing. In any case you’ll learn from them.

For packaging design, work with a cardboard engineer and graphic designers with experience, or agencies like Burgpak who are used to working with small businesses. You’ll only work with them once you have a functional product, so this may be one of the last relationships you build.

You’ll find freelance UX designers in any major city in the world. Consider offering them a full-time position and a stake in your business; they will be essential. Try to avoid remote workers for this.

This isn’t easy and it’s certainly not an area that most traditional recruitment companies will be able to help you with. Just remember that the time you invest in finding the right person will pay off.

For designers, think about how you might grow new expertise that lets you work with web designers and engineers more closely. The designer used to be the glue between the engineers and users. Now they’re too often like Pulp Fiction’s Mr Wolf: the person you call when everything’s gone to hell.

You can change that by engaging with the types of platforms that were made for you in the first place: the Arduino, littleBits, SAM Labs and others. You’ll graduate to using the Raspberry Pi Zero, Electric Imp and Particle within a few months of intense study. It’s hard work, but that’s the one way to make sure you’re not constantly dealing with companies who don’t know when to hire you.

This article was originally published in net magazine issue 285. Buy it here.