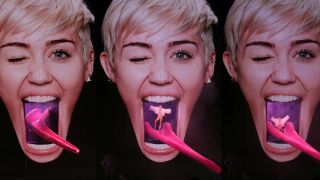 You might not know the name of the world’s most sought after set designer – but you’ll know her work.

Es Devlin designed the London Olympic closing ceremony. The theatrical mastermind is also responsible for the mountainous landscape of Kanye West’s Yeezus tour, Beyoncé’s rotating cinema, and unique experiences for Adele and U2. She’s sent Miley Cyrus down a tongue-shaped slide, and created Benedict Cumberbatch’s crumbling mansion in the Barbican’s Hamlet. The list goes on.

The London-based set designer, who will be speaking at Design Indaba 2018, specialises in blurring the boundary between stage design and art. She practices the ‘suspension of disbelief’ – but while redesigning traditional experiences in surprising ways is central to her craft, the theme of time is also becoming increasingly important.

"I think now I'm really aware of time," she told CNN. "I have this sense of being halfway up a mountain."

One project where the theme of time really took shape was Devlin’s disorientating 2016 Mirror Maze installation in London (pictured below). The project used video projections and visceral sound design to explore how scent can trigger memories.

As visitors wandered around the maze, which was filed with mirrors and dead-end staircases, their reflection was projected onto the walls around them.

The project was inspired by an experience Devlin had while working on Adele’s Belfast arena tour. “Where we were working,” she told Creative Review,“I was staying in a hotel and I opened the cupboard door and smelled mothballs.”

“I was so tired and I immediately felt like I was falling and plummeting through space into my five-year-old self smelling mothballs in my grandmother’s house in South Wales. I thought … ‘Could I make people feel that? Could I set up this kind of maze and involve people’s brain wandering around the maze, then suddenly plummet them, or remind them of what that plummeting sensation felt like?'”

For Devlin, Mirror Maze also marked the start of a new line of enquiry: making the visitor part of the work. By experiencing her designs, people become the hero.

In September, Devlin was awarded the prestigious Panerai London Design Medal. Previous recipients have included Zaha Hadid and Ron Arad, and a showcase of her work is planned for the V&A in celebration. She’s also been thinking about a retrospective exhibition.

“I need to create some kind of thesis of my 20 years of work,’ she told Wallpaper. “I’d love to create an installation where you could travel through my stage sets. You could walk in through Kanye’s mountain, and then out through Wagner’s Parsifal tunnel and then slide down Miley’s tongue. Wouldn’t it be fun?”

It gets our vote. We’ll be bringing you more from Devlin at Design Indaba 2018. The three-day creative event kicks off on 21 February, and we’ll be reporting live throughout.