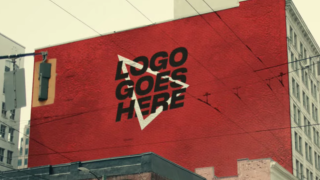 Tortilla chip brand Doritos is trying to get down with the kids by ditching its logo and tagline in a new campaign that aims to attract the attention of Gen Z. Launched during Monday's MTV Music Television awards, the campaign will see Doritos remove its logo from its advertisements and social media content.

It's an edgy move, and a bit of a risk. Our guide to logo design highlights the importance of logos, especially because they're often the first point of contact between a consumer and a brand. But given that Gen Z – that's people born during the late '90s and early '00s – are over saturated with advertising, perhaps this is the best way to stand out from the crowd?

The advert below bombards viewers with with triangular shapes, choppy editing and the claim that Doritos is so iconic "we don't need to name it". The whole clip is devoid of the word Doritos, and instead relies on heavy suggestions to make viewers understand what's being advertised.

If, after seeing shots of red and blue bags and people scoffing triangular chips, you still haven't got the message, it practically spells it out by saying that the product in question rhymes with "I need those".

Bags of Doritos also become plain old blue and red in the ad. In place of its logo, Doritos will rely on a triangle design the and oh-so-cool message 'Logo Goes Here'. The brand has also changed its site name from Doritos.com to LogoGoesHere.com. We can practically hear its copywriters turning their baseball caps backwards as they came up with these hip ideas.

Gaining ownership of the triangle is a pretty clever move by Doritos, given that it ties into the distinctive shape of its chips. It has also changed its tagline from 'For the Bold' to 'Another Level'.

If you're particularly attached to the Doritos logo, don't fret. The company says that its removal isn't permanent, and that the campaign will run until the end of the year.