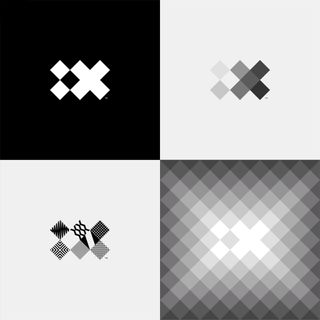 The design and consulting arm of IBM, known as IBM iX, has revealed a new geometric logo that builds on the company's trend of using experimental typography.

See how the new logo design compares to the old one by clicking left to right in the gallery below.

When it comes to logo designs, IBM has set a high bar for itself. The company's main logo, which breaks apart the IBM lettering into eight distinctive bars, is one of the most distinctive pieces of modern logo design. Created by logo design luminary Paul Rand, the main IBM logo has remained the same since 1972.

It's interesting to think what Rand would make of the subdivision's new logo. Famous for presenting only one design concept to clients, Rand's logo designs have been held up as examples of creative genius.

One of Rand's best-known theories claims that "the only mandate in the design of logos, it seems, is that they be distinctive, memorable, and clear." In this sense we'd give IBM iX's logo a pass. But as Rand adds, logos live and die depending on what they're representing.

"It is only by association with a product, a service, a business, or a corporation that a logo takes on any real meaning. If a company is second rate, the logo will eventually be perceived as second rate."