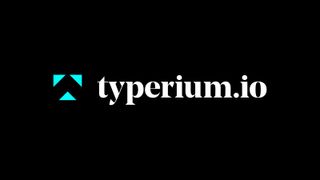 Aimed at more than two billion creative content-makers worldwide, it's the latest creative venture to capitalise on the blockchain economy in the name of tackling piracy for content creators. Recently we reported on two companies planning to shake up the stock business with a bit of blockchain magic.

Typerium, as its name suggests, appears to be starting with type assets – that's according to the platform's white paper, which is available to read here. However the recently launched website makes no mention of type, referring instead to 'content', suggesting that this is intended as a scaleable concept.

At the heart of Typerium will be a decentralised marketplace that's designed to protect the intellectual property rights of content creators. It promises an 85 per cent commission on all sales, and dramatically faster payment times thanks to its blockchain economy.

Like other blockchain-based services, all content within the Typerium ecosystem will be bought and sold with tokens – in this case, TYPE Tokens. These leverage blockchain and smart contract technology to keep content safe, and, say the makers, can be exchanged for flat currency at any time. The blockchain economy will also remove big-marketplace overheads from transactions.

What's interesting about Typerium is that aside from its marketplace and integrated blockchain ecosystem, the platform spans two additional areas.

Typerium says that it's developing its own integrated design software that “allows creators to produce high-quality visual content for any platform” and publish content with a single click. And the final part of the ecosystem, meanwhile, is a social media network – which claims it will reward users “so you don’t have to rely on just your sales”.

Here’s what the explainer video says: “Typerium is designed to bring content creators and consumers together. Creators earn tokens by creating content, and when consumers license that content, everyone earns a share of the value through our unique reward system.”

“We’re building a community that’s driven by user contribution, so you don’t simply have to rely on sales, you’ll also be rewarded overtime a transaction takes place.”

Working alongside Haigh is celebrated type designer Rick Banks as brand design lead, and a rich team of blockchain, design and development experts.

For more information you can read the Whitepaper or sign up to Typerium.