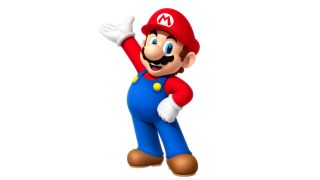 Mario and Luigi are heading for the big screen, after Universal Studios-owned film and animation studio Illumination Entertainment reached an agreement with Nintendo to produce a feature-length movie.

Nintendo has confirmed the film in a tweet, adding that it will be co-produced by Shigeru Miyamoto, creator of the Mario series of video games, and Illumination CEO Chris Meledandri.

Nintendo and Illumination are partnering on a movie starring Mario, co-produced by Shigeru Miyamoto and Chris Meledandri! pic.twitter.com/wVRPLIzcGJFebruary 1, 2018

It’s one of the highest-profile licensing deals by a Hollywood studio in years, the Wall Street Journal reported earlier.

The project is the latest move by the Japanese game company to diversify its earnings in different revenue streams.

Pokémon characters appeared in the wildly popular AR game Pokémon Go, while in 2015 Nintendo agreed that Universal Parks and Resorts could build attractions based on Nintendo characters. A Nintendo-themed area of Universal’s Osaka theme park is planned to coincide with the 2020 Tokyo Olympics.

Of course, this isn’t the first time the iconic plumber brothers have starred in a film series. A 1993 live action film featuring Bob Hoskins, Dennis Hopper and John Leguizamo – described by its director as “a harrowing experience” – bombed at the box office.

Thankfully, Nintendo is sticking to animation this time. A release date has yet to be announced.