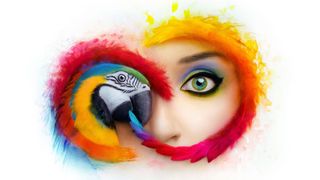 Adobe has been getting a little heavy-handed when it comes to getting people to update its software. Designers running older versions of apps such as Photoshop CC have been receiving emails from Adobe stating that they're no longer licensed to use these versions, urging them to update, and warning that if they continue to use the discontinued versions, they may be at risk of potential claims of infringement by third parties.

Adobe has refused to elaborate on the whole infringement business; AppleInsider has suggested that it may be down to an ongoing legal dispute with Dolby over licensed technology.

Adobe's business practices aren't always to everyone's taste. Its move to a subscription-based model is one such example; on one hand, it saves people having to fork out a pile of cash in one go for apps that you'll need to buy again in a few years to stay up to date with the latest features.

On the other hand, once you subscribe you're essentially locked in; you don't own the software you're paying for every month, so if you cancel your subscription then that's it, you're left looking for Adobe alternatives. It's worth mentioning, though, that there's still time to get 40% off the CC All Apps plan in the UK with this exclusive offer.

So this latest Adobe CC news doesn't entirely surprise us. It follows an announcement last week about a change to Creative Cloud download availability, meaning that CC subscribers would only have direct download access to the two most recent versions of CC applications. Not really that big a deal, unless you're in a position where you need an older version of a CC app to maintain compatibility; such situations are definitely in the edge case realm, but that's not much comfort if you find yourself at the sharp end.

And for Matt Roszak, who first spilled the beans on Adobe's most recent email, that's precisely the position he's in. He uses an old version of Animate because he needs a very obscure feature that isn't in more recent versions, and now feels that his only option is to cancel his CC subscription.

I just got an email from @Adobe that I'm no longer allowed to use the software that I'm paying for. Time to cancel my subscription I guess. Share plz. pic.twitter.com/ZIIdqK5AkMMay 10, 2019

And while he acknowledges that most people will be fine with upgrading, he goes on to say that he knows plenty of animators who prefer to use older versions because of the lower system requirements, and they're unlikely to welcome being forced to upgrade either.

Most people will be fine with upgrading. I just need a very obscure feature.But I also know plenty of animators who prefer the older versions because they have lower system requirements, and don't want to upgrade for that reason.May 10, 2019

We're interested to see where this goes next; watch this space.