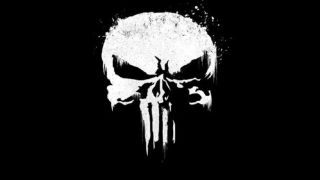 Marvel fans know the Punisher as a vigilante who first appeared in a Spiderman comic back in 1974. Since then, his image has controversially been co-opted by several groups as a political symbol – including during the Iraq war as an unofficial symbol of the U.S military and, most recently, by police officers protesting against the Black Lives Matter movement.

With the aim of reclaiming the skull as a symbol of justice, rather than "lawless oppression", Gerry Conway, co-creator of the Punisher, launched Skulls for Justice, a charity t-shirt campaign, with all proceeds going to BLM. Skulls for Justice began after Conway sent a tweet asking asking young artists to lend their talents to a fundraising project, the results of which Conway shared yesterday.

Here it is, the project I've been working on with a number of talented young (and not so young artists): Black Lives Matter - Skulls for Justice https://t.co/4qwY20a3S7June 9, 2020

The BLM – Skulls for Justice project is now live, consisting of a range of t-shirts displaying redesigns of Frank Castle's iconic skull emblem alongside a Black Lives matter tagline. And as Conway said in another tweet, the set is also numbered – for the collectors out there.

Responses on Twitter show the campaign struck a chord from the outset, with lots of artists praising the project and asking how to get involved.

"I’m Wess Hancock. I've been drawing since I was a little boy. I'm heavily interested in designing characters, reading and writing comics and voice acting. I’m a handicapped, biracial artist and this cause means a lot to me." https://t.co/4ftpxzjTTiJune 10, 2020

Many fans are grateful to have the skull brought back into the comic book domain, after years of seeing it used elsewhere.

As a lifelong Punisher fan, I'm so tired of seeing the skull tarnished by bigots, displayed by people who use it as a symbol of aggression.It's a geek symbol, and to be a geek is to love something so much it becomes a part of you. So excited to see the skull used positively.June 9, 2020

Some voices on Twitter questioned whether the Punisher can even be seen as a symbol of justice at all, to which Conway responded: "I agree that's an open question. What it must *not* be is a symbol of oppression. I want to deny police the use of the symbol by claiming it for BLM. Call it irony."

Conway is not the first to take issue with the use of the skull insignia by the police. Last year, the plot of Punisher issue 13 saw Frank Castle tackling the police over the matter, and asking them to stop supporting him as the 'anti-hero'.

Members of the comic book community have also been quick to point out that the Punisher is a mass murderer, with no concern for the law – not the most obvious choice for a police symbol. And Marvel themselves have recently stated that they are "taking seriously" any unauthorised use of the insignia.

This issue has provoked an outpouring of support among the comic book community, a response we are seeing across the board. For more, see our post on how creatives are standing with the black community in the fight against racism.