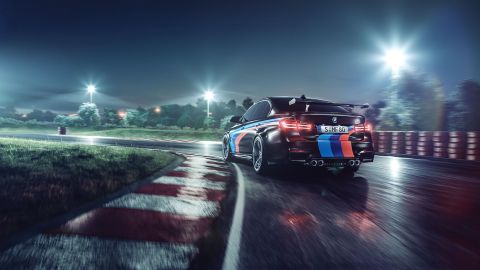 Powerful and fast with a well-rounded feature set, Corona 1.5 is worth checking out even if you're already wedded to another renderer.

For those of you who have been asleep these last few years, Corona is an unbiased renderer available both as a standalone application and as a plugin for 3ds Max (other plugins are in development).

With the release of version 1.5, and an impressive feature set appearing in recent versions, we wanted to put it through its paces and find out just what Corona can do. The rendering market is competitive and there is a wide range of options. Also, if you've been a visualiser for any length of time then you'll already have adopted one or more renderers. Hopefully this review will help you decide whether it's worth switching over.

The main thing I love about Corona – and I know this is true for a lot of people – is the fact that Render Legion has stripped away a lot of the technical settings, which in many renderers (historically) have required a PhD in physics to understand. Its defaults work well out of the box, and are easy to fine-tune for further quality and speed improvements. It compares well with Arnold, for example, which also works well straight out of the box in Maya.

Mentioning Arnold brings me to Corona's interactive renderer. There are two things that people want from real-time renderers: speed and features. Corona delivers on both fronts. Obviously any results you get are going to be dependent on your hardware, but Corona certainly makes excellent use of the resources that are available to it.

My favourite thing about the 1.5 release is the incredible Interactive LightMix tool. The example videos on Corona's website do a fantastic job of communicating how effective it is. Users are able to adjust the intensity and colour of lights, with pretty much instant results. And it isn't just small changes that work – you can turn scenes from daytime to night-time and it completely removes the need to mess around with settings and waste time re-rendering until you get it right.

The ability to save and load pre-saved setups is also incredibly helpful. The developers have promised to improve this workflow further, which is hard to believe, but I'm sure they'll deliver if past performance is anything to go by.

In it's 1.5 release, Render Legion has also tried to reduce the need for post-production software. These tools are much more common across other renderers, so it feels like this is more a case of catching up than taking new ground. That said, the tools are now pretty extensive and easy to use.

Another area in which Corona has played catchup is in providing a distance map that allows the effect of a map to be driven by its distance from one or more objects. The implementation is strong, but we've already seen this in renderers like V-Ray.

Other notable features in 1.5 include amends to the Corona materials and displacement improvements. This shows that Render Legion is committed to providing a well-rounded feature set that can compete in the competitive, and crowded rendering market.

The 1.5 release includes a mix of some incredibly impressive features, as well as ensuring that there is a depth of features that can compete with all the other renderers on the market.

The interactive renderer and the LightMix tool make the €25 a month almost a no-brainer for all studios, including one-man bands. There's also the option of a one-off cost (€548, around $499) if you prefer. Either way, it's good value for money.

Powerful and fast with a well-rounded feature set, Corona 1.5 is worth checking out even if you're already wedded to another renderer.