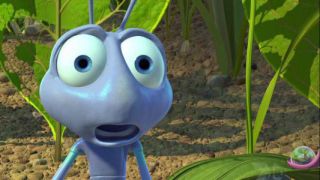 It doesn't matter how talented an animator you are. You may have mastered character design and perfected your 3D art skills, but without a great showreel to hook in prospective employers, that job you've dreamed of is unlikely to materialise. So what's the secret to success?

We asked leading animators to share their pro tips on showreel strategy. Here are some best practice tips that can be applied, whatever field you're targeting.

01. Focus on the characters

It also means being original. How? By injecting personality into your portfolio. "Good character animation is the art of bringing characters to life – not moving them around," points out Oscar-nominated animator Aaron Blaise.

He urges animators not to sacrifice personality by focusing solely on movement and mechanics. "Often a shot requires little to no movement to get an emotion across," he says.

"It can be just a look, an eye movement, a blink. I also advise animators to include performances where there's a change of emotion or idea: angry to happy or fearful to brave. That's when it becomes real and the viewer is pulled in."

First think about who your audience is. Who is your portfolio or showreel aimed at, and what do prospective employers, viewers or visitors want to see?

"Whether you're applying to a games studio, effects studio or a character animation studio, you have to tailor your portfolio to the studio you're applying to and the type of work you aspire to do," says Andrew Gordon, an ex-directing animator at Pixar, who worked on everything from A Bug's Life to Monsters, Inc. and Toy Story 3.

Blaise agrees. "Know who you're interviewing with," he advises. "If I were looking to get hired at Disney, I wouldn't show them a reel of Simpsons animation, and vice versa. And if you don't have the type of work you think a studio is looking for, then it would be in your best interest to do a shot or two in that studio's particular style."

"Keep in mind that we have seconds to evaluate your work," explains Disney in its exceptionally helpful portfolio and showreel application guidelines. That means putting your best work first and closing strong. Pixar's Gordon echoes that sentiment: "Realise that people will fast-forward through your work. If they don't see something really quickly, they'll turn off."

For Jonathan Cooper, a games animator at Naughty Dog and the brains behind Game Anim, it's essential to have an up-to-date demo reel. "A personal website is the easiest to share with the studio involved in hiring, but a link to your latest reel in your resume is enough," he says.

"I prefer Vimeo to YouTube, because of the final render quality and overall cleanliness of the site," he continues. "And ArtStation is fast becoming the standard for pre-made portfolios. But I recommend adding your reel everywhere – even LinkedIn. As for a physical portfolio, I don't think I've seen one in years."

Lisa Allen, an animator at Blue Sky Studios, agrees. "Your showreel is really the only part of your portfolio that matters for getting a job as an animator.

"Ideally, the pieces in your showreel demonstrate your eye for acting, posing, design and composition," says Allen. "If you've done work in any other categories like life drawing or illustration, that's great – but keep them in a separate part of your portfolio website instead."

Further to this, what you include depends on the discipline you're working in. For Gordon, who specialises in character animation, this means showing an understanding of the 12 principles of animation – squash, stretch and so on.

For games animator Cooper, it means showing actions and a relevant style. He says that for the games he makes, he wants to see navigation around a complex environment, including jumping, climbing and vaulting, one-on-one-combat, walk and run cycles, and so on.

"Dialogue and acting scenes are a huge bonus as we're always blurring the lines between gameplay and cinematic storytelling, and game animators are typically expected to at least have a hand in both aspects on the job," he says, adding that camera work also helps you stand out.

To help your showreel shine, it's important to create a clear focus. If you're showcasing a number of core abilities, make sure the direction in which you want to take your career is clearly presented. "Successful portfolios are specific, organised and contain original ideas," says Blue Sky Studios visual development artist Ty Carter. His film credits include Ice Age 4, Epic, and The Peanuts Movie.

"It's good to see one major focus like character design, set design or colour. If you do each of these at a high level it doesn't hurt to show them all, but be careful not to include too much," he continues. "What's most important is showing you're a creative problem solver. Ask yourself, what do you bring to the table that nobody else can do? Is your own life experience reflected in your art? If not, how can you do that?"

"Less is more," adds Allen. "For me, the perfect reel is between three and five clips and around a minute long."

Most importantly, it's about storytelling. "Don't fall into the trap of being a shot animator," warns Gordon. "People don't just want to see great animation: they want to see if you can tell a story. You have to put together the pieces so that you're showing you understand cutting, continuity and staging. You don't need complex rigs to get noticed. Just great ideas."

"At Disney we would talk about portfolios that stuck out," agrees Blaise, "and they stuck out because the work was consistently entertaining throughout. We are in the business of entertainment," he smiles. "I want your portfolio to entertain me."