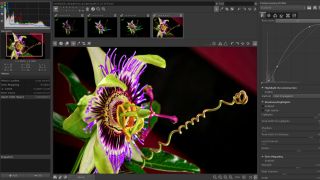 For a long time Adobe has been number one when it comes to creative software, with some of the best video editing software and graphic design apps under its belt. And for designers who can afford its Creative Cloud packages, Adobe's offering of industry-leading tools, including Photoshop CC, Illustrator CC, InDesign CC and more can be too tempting to resist.

This year has seen challengers to the throne though, with competitors first coming forward with powerful alternatives to Photoshop and great alternatives to InDesign to try and convince Adobe-doubters to jump ship. But what if you can't even stretch to their one-off payment plans? What if you're operating on a budget of nothing or you simply want to check out a new tool that might offer a way of working that suits you better?

Well, you're in luck, because here are six Adobe Creative Cloud alternatives that are free to download.

Looking for a free version of Photoshop? Pixlr is one of your best shouts. While it's designed for non-professionals, the cloud-based set of photo editors include some pretty advanced tools, such as cropping, red-eye removal and teeth whitening.

Suitable for iOS and Android, Pixlr is available to use on desktops, tablets and smartphones, or it can be used as a web app. And thanks to its similar layout to Photoshop, Pixlr is easy to pick up if you're already familiar with Adobe software.

If you've always wanted to give Lightroom a whirl, be sure to try RawTherapee. As its name suggests, this tool is capable of editing Raw photo files, as well as other formats.

With its extensive range of editing tools, you'll be able to correct distortion, boost colours, recover details and much more. These aren't basic capabilities either. Due to its advanced options, RawTherapee allows users to tweak their photos until they're looking exactly how they want.

And thanks to its multi-threading and batch processing, RawTherapee is one the the most powerful Lightroom alternatives we've come across. What's more, you can download it on Mac, Windows and Linux.

Seeing as it focusses on the SVG format, Inkscape has become a popular alternative to Illustrator. Unlike other free tools on this list though, Inkscape is supported by advanced features that you don't often find elsewhere, including alpha blending, cloned objects and markers.

On top of running SVGs as its native format, Inkscape also fills in for Illustrator nicely because it has full support for different colour modes. Users will immediately notice that Inkscape has a simpler interface than Illustrator, but this doesn't mean it can't create intricate and detailed artwork. Definitely one to check out on either Windows, Mac or Linux.

Due to its reliability and price tag of zero, Scribus is a commonly-used InDesign alternative for creatives on a budget. This professional page layout program is suitable for Mac, Windows and Linux operating systems, and even comes with a range of press-ready output that's ready to roll out of the box.

Headline features for Scribus include CMYK colours, spot colours, ICC colour management and versatile PDF creation. It also supports vector drawing tools, and thanks to an active community surrounding Scribus, you're never alone if you need some troubleshooting.

Premiere Pro alternative, DaVinci Resolve, is a professional video editing tool that's so good that it's used on big-budget film and TV productions. Yet it's also a free package that can be run on Windows, Mac and Linux.

Factor in that DaVinci Resolve gives users the opportunity to mix and master up to 1,000 channels, and you've got a tool that goes above and beyond the expectations of its price tag. Put simply, this is possibly the strongest contender for best free Premiere Pro alternative.

Finding a single alternative to After Effects is a bit of a tall order. There isn't one magic bullet solution, but tools like Blender help to fill in some of the gaps if you don't happen to run Adobe software.

A free package for Mac, Windows and Linux, Blender can be used to create ultra-realistic animated graphics and 3D visual effects. Both amateurs and experts alike use its texturing, particle simulation and compositing tools to create jaw-dropping work with an added dimension.

Given the unique niche After Effects has carved for itself, though, you're going to want to back up Blender with other tools such as visual effects editor Fusion, and video editing software Filmora (which you'll have to pay for, though there is a free trial available).