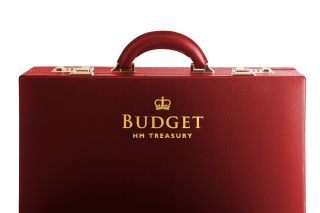 It has been a hair-raising few weeks for the UK’s creative industries. Especially for the self-employed and small business owners, which make up a huge proportion of the creative industries in this country – myself included (I run my own studio: Middle Boop).

When the Spring Budget was released, Chancellor of the Exchequer Philip Hammond announced a massive 9 per cent increase in National Insurance, paired with a cut to inheritance tax. It seemed that the government was continuing to look out for the most wealthy and further alienating the self-employed, small business owners and arts community.

Now, since the budget was announced, things have changed quite dramatically, with Hammond making a massive U-turn on this National Insurance decision and announcing the government would not be going ahead with the 9 per cent increase.

Why not? There was a huge backlash from backbench MPs and various colleagues of Hammond, who pointed out that this move would be breaching a key pledge in the Conservatives’ election manifesto pledge from 2015, which stated there would be “no increases in VAT, National Insurance contributions or income tax”.

Hammond argued that this pledge did not apply to self-employed people. However, with the self-imposed Article 50 deadline rapidly approaching, it was not the best time for the government to be dealing with possible breaches to manifesto commitments. Although the increase was shelved, Hammond stated that the matter would be readdressed in the future.

In his budget announcement Hammond spoke about how self-employed and small business owners are using the public services in the same way as the employed, but are not paying for them in the same way. This is true: we don’t pay as much National Insurance, nor as much tax (if your accountant is good).

But we also don’t have the same kind of support as those in full time employment. For instance, if we fall ill, there is no sick pay – we rely on having enough money in the kitty to get us through. It’s the same if – heaven forbid – we take a holiday. Or if it’s just generally a slow couple of months. We just don’t earn any money for that time.

And man... don’t even bother trying to buy a house if you’re self-employed. Unless assign yourself a much larger wage from your business account (thus paying a much higher tax bill; more than you would if you were employed) you don’t have a hope in hell. So yes, we get a break in terms of NI, but that’s a small price to pay for everything else that’s in the balance for us.

The changes being made by the current government are making it harder for independent traders and freelancers to survive. Since the last crash in 2008, there has been a huge increase in creative people going freelance. That recession hit the our industry very hard; there were very few jobs, budgets were slashed, people were being made redundant all over the place and very reputable creative agencies were going out of business because of the financial strain they were under.

I still don’t think we’ve properly recovered from that. There isn’t the trust in agencies there once was, so it’s no surprise so many people are trying to start their own thing and work for themselves. But at the same time these talented people, many of whom are genuinely making the world a better place, are being forced back into employment or are losing their livelihoods.

In this Budget, corporation tax is also getting cut, which further benefits companies rather than the self-employed. For instance, Uber as a company will gain a nice tax break, but its employees will now have to pay more. Doesn’t seem right, does it?

My suggestion to any freelance creative feeling the burn from this? Up your rates. Whether you’re a writer, photographer, artist, shop owner or designer. The price of everything else is going up, from petrol to your weekly food bill, so we should all take a stand and put our fees up too. That way these increases won’t hit us half as hard.