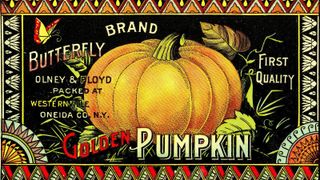 Halloween decorations can often get a little messy. If you're not up to furnishing your office with cobwebs from a spray can, why not jazz up your desktop with these creepy Halloween wallpapers?

Just like our movie wallpapers, we've separated the wheat from the chaff to bring you 10 of the best free Halloween wallpapers that are sure to delight and unnerve. With familiar icons and scenes from scary movies, these wallpapers are the perfect way to celebrate the spookiest time of the year. Read on, if you dare...

Jack Skellington, the beloved pumpkin king from Tim Burton's 1993 film The Nightmare Before Christmas, has won over a legion of fans thanks to his creepy yet cute charm. Over the years he's become a mascot for Halloween in the real world, so who better to adorn your desktop than the man, or skeleton, himself?

Well, Halloween wouldn't be Halloween without a carved pumpkin, would it? There are millions Jack-o'-Lantern wallpapers to choose from, unsurprisingly, but we decided to settle on this one because it makes great use of lighting to create a dramatic effect that won't get in the way of your icons.

Halloween isn't all about getting scared out of your skin. For lots of people, especially kids, the sweet treats are the most exciting part. In this illustrated Halloween wallpaper we see a street of trick or treaters going about their business in the midst of ghosts, bats, and the undead. But where do the costumes end and the creatures begin?

What do you think of when you think of a witch? Green skin? Warty nose? Pointy hat? Witches are are so well-known that it's hard to think of a new approach to them, but that's exactly what this wallpaper has done with its geometric shapes and bold colours. We're glad to see she's still zipping around on a broomstick though.

Are you one of those people that complains about how commercial and tacky Halloween has become? If so, this is the wallpaper for you. Instead of ghosts and ghouls, this tasteful design uses an olden times pumpkin sign, complete with some amazing typography. But with it's dark colour scheme, you know this wallpaper is down for some Halloween hijinks.

Fans of the 2014 supernatural horror film The Babadook will be downloading this wallpaper quicker than we can say 'Let me in!' Making use of the pop-up book seen in the film, this wallpaper is sure to make you jump when you shut down your windows at the end of the day.

Found footage masterpiece The Blair Witch Project terrified audiences upon its release in 1999. This wallpaper remembers a chilling scene from near the end of the movie where Heather breaks down and apologises down the lens to her fellow filmmakers. Did you hear those children laughing?

Looking for a more traditional Halloween wallpaper? You can't go wrong with this one, which brings together some of the most recognisable motifs of the big day. Black cat? Check. Creepy mansion probably filled with ghosts? Check. Cobweb - because nothing is more scary than a spider? Check. And look how big that creepy crawly is compared to the moon. Terrifying.

If you're not down with your internet lingo, you might not have come across the phrase 'spoopy'. For some people, it means a decoration or aesthetic that is as cute and funny as it is scary. We'd definitely say these icons of bones, coffins and cats are more spoopy than spooky, so be sure to give this wallpaper a whirl if you like your Halloween to be fun instead of frightening.

Frankenstein's monster, the creature from the black lagoon and Nosferatu are all here to wish you a Happy Halloween in this mash up of monsters from iconic scary films. See, they're not all bad.