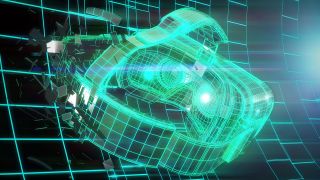 Whether you're already creating for virtual reality (VR) or thinking about VR as your next career move, these podcasts with top professionals have plenty of information and stories to inspire you.

Chris Nichols, founder of Chaos Group Labs, has been meeting the who's who of VR content for the CG Garage Podcast series, asking them about what they do, how they do it and why.

Here are five of the best VR podcasts from the series – head over to the main CG Garage Podcast page to see plenty more.

Eric Hanson, a co-founder of xRez, talks travel VR and how he's been travelling the globe taking high-resolution photos that are turned into VR experiences.

Justin Denton has done extensive work in VR content creation, including 360 stereo video content, both live action and CG, while at Legend VR.

Renowned architecture firm Herzog & De Meuron in Basel, Switzerland, discuss how VR and technology have changed the way they design.

Tristan Salomé and Matthieu Labeau discuss their work at Nozon, where they are developing a new way to get very high-quality pre-rendered VR with six degrees of freedom.

David Chontos of Psyop discusses how his passion for VR led to video game studio Psyop, maker of Clash of Clans, starting its own VR department.