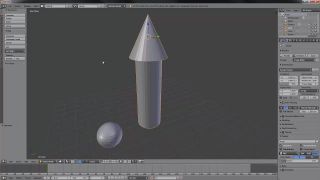 For anyone interested in learning how to make video games, 3D Buzz has long been a really valuable resource. Over two decades the community produced a whole stack of helpful tutorials with a strong focus on 3D training and made them available to download at reasonable prices. However in 2017 3D Buzz's founder, Jason Busby, died, and without him at the helm the site has gone quiet; until now.

Sadly, 3D Buzz isn't exactly back; quite the opposite, in fact. Instead the site has updated with an announcement that 3D Buzz has closed its doors, and all subscriptions and recurring payments have been suspended. But by way of a final gift to its community, 3D Buzz has decided to make all of its available material free to download, including plenty of material devoted to the best 3D modelling software.

What this means is that there's an enormous archive of tutorials ready and waiting for you, covering all manner of subjects related to game design and development. There's over 200GB of material to grab, and among it you'll find project-focused tutorials for 3ds Max, Blender, Houdini, Maya and ZBrush, as well as how-to videos for game engines such as Unreal and Unity.

You'll also find coding tutorials, a guide to Photoshop fundamentals, drawing tutorials and even an introduction to web design. Now, the downside is that not much of this is cutting edge material; it's been put together from material released over 20-odd years, so a lot of the tutorial videos are seriously dated. You can tell that much when you open one and get a tiny 4:3 window on your 4K desktop.

However if you're just starting out in 3D or game development and need to get to grips with some of the fundamentals, there's a whole load of useful stuff here that you won't want to miss.

While the advanced features of 3D software tend to get updated all the time, the bare basics of 3D modelling and rendering that you need to get your head around first tend to stay the same. So while much of this content is well past its prime, it's definitely worth scrolling all the way down the page to see what's on offer.

You can find the whole 3D Buzz archive here.