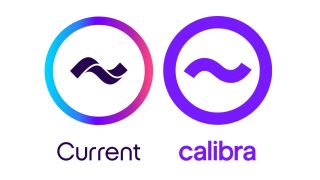 It's not been a good few days for Facebook's new cryptocurrency, Libra. Not only have all but one of its payment partners dropped out of the project, but it's also just been slapped by a lawsuit over the logo design for its digital wallet, Calibra.

Current, a US-based startup bank, was quick to point out the similarities between the Calibra logo (basically a tilde in a circle) and its own logo (a more detailed tilde in a more colourful circle). The bank posted a cutting tweet last week of its logo next to Calibra's, with the comment: "This is what happens when you only have 1 crayon left."

this is what happens when you only have 1 crayon left pic.twitter.com/2JY5JfesQDJune 19, 2019

It stated in June that that it was talking to a law firm to determine if it has a trademark or patent infringement case. And now it's followed through with a lawsuit alleging trademark infringement by not only Libra and Facebook, but also by Character, the San Francisco design firm that, by a staggering coincidence, created both logos.

There are three counts filed against all the defendants, including trademark infringement and unfair competition, plus three further counts against Facebook and another four against Character. Current is looking for punitive damages, plus an agreement that Facebook will stop using the Calibra logo. You can read the full, thrilling filing below.

Current is demanding a trial by jury for this case; whether it'll actually come to this, or the defendants decide to settle out of court, remains to be seen.

So was this an honest mistake?

That's where the plot thickens. Current's logo was designed by San Francisco design firm, Character. And Stuart Sopp, CEO of Current, told CNBC that Character also created the logo for Facebook's Calibra. The co-founder of Character also posted on LinkedIn about working on a secret crypto project with Facebook – the post has since been deleted.

"We put six months of hard work into this with that design firm, which they basically reused for Facebook without changing much," Sopp told CNBC. "Facebook is a big company that should have done their due diligence on this."

Will this copyright case have much impact on the social media giant and its plans for financial domination? We can't help but doubt it. Although one Twitter user has proposed an alternative logo, just in case Facebook is looking:

Just in case if you are looking for a different logo for your cryptocurrency project @facebook #Calibra pic.twitter.com/bC3Ch7zqajJune 22, 2019