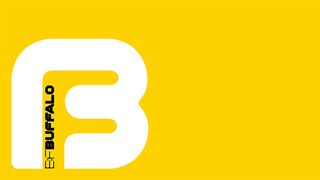 Neville Brody has launched a new type foundry, Brody Fonts. The venture is a partnership between Brody Associates and TypeNetwork. So far, there are two fonts available: BF Buffalo and BF Bonn.

Brody Fonts promises new typefaces designed by Brody himself and other associates at his design studio. However, it will also offer updated versions of retro fonts from Brody's design portfolio. "The foundry... will revisit key moments in Brody’s typographic legacy, re-engineering, enhancing, and expanding some iconic font families for contemporary use" announces a blurb on the foundry's site.

One such resurrected font is BF Bonn, Brody Fonts' first release. BF Bonn first appeared in 1991 on the signage and branding for exhibition hall Bonn Ausstellungshalle, which was itself inspired by Brody’s earlier work for Austrian national broadcaster ORF. The foundry describes this a sharp, open, geometric typeface, as "a 20th century sans-serif for the 21st century".

Type fans can also pick up BF Buffalo. This was initially created for a special issue of Arena Homme Plus, dedicated to '80s fashion designer Ray Petri and his group of stylists, creatives, musicians and photographers. Later it was adapted for London's Anti-Design Festival. The font comes in seven different weights, and the foundry describes it as "streetwise and gritty".

To find out more, and pick up either of the two new typefaces for yourself, take a look at the Brody Fonts site.