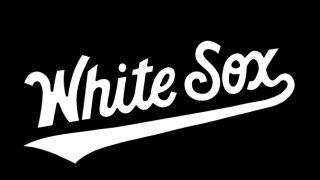 American baseball team Chicago White Sox have had a huge range of logos in the past – the team's featured 10 primary logos, 20 headwear marks and a whopping 77 lettering variations adorning its jerseys. Despite this logo overload, the name of the team, 'White Sox' hadn't been used on the team's jerseys since 1990.

Now, design agency Contino, has rectified this by creating a sleek new 'White Sox' logo for the team's home jersey. The new wordmark draws on elements from the previous 'White Sox' logos as well as elements of the 'Chicago' script also in use in the team's visual identity (see our free script fonts for more cursive fonts). That script font is a custom typeface called South Side Script, and has one feature that may be slightly contentious (more on that later).

Contino says the new logo "features minor bumps and hiccups along the contours of the letters as a nod to the imperfections of baseball’s rich aesthetic history while still creating a unique mark with its own distinguished personality."

We like the reframing of "a mess of different identities" to "rich aesthetic history". We also see what Contino means about the bumpiness of some of the forms, such as the 'W' and the 'e', but overall think the wordmark pulls off looking incredibly smooth. It also looks extra cool in-situ on the jerseys (below). So far, so good.

For more on creating great logos, see our guide to logo design.

There's only only thing that jumps out at us, though. At first glance, we saw 'White Sex'. We fully admit that this may be a product of our dirty minds, and of course, when we looked again, it seems obvious that it doesn't. There's also another 'e' to make it absolutely clear that the 'o' is in fact, an 'o'. But we still can't unsee it. Is this what Contino meant by a hiccup, we wonder?