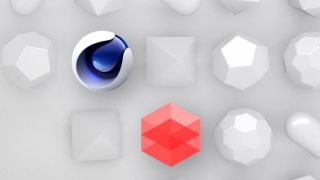 Ask any digital artist about 3D art, and many of them will attest to the rendering process being one of the most time-consuming parts of a 3D pipeline. So news of Cinema 4D developer Maxon recently acquiring Redshift rendering technologies will no doubt be well received within the 3D community.

Already available as a third-party plugin for Cinema 4D, Redshift is a powerful and flexible GPU-accelerated renderer, now built into Maxon's 3D software. Tailored to support both creative individuals and studios, Redshift comes complete with an extensive toolset that aims to simplify the rendering process and therefore tackle complex 3D projects with more speed and efficiency than other rendering solutions.

“Rendering can be the most time-consuming and demanding aspect of 3D content creation,” said David McGavran, CEO of Maxon. “Redshift’s speed and efficiency combined with Cinema 4D’s responsive workflow make it a perfect match for our portfolio.”

Cinema 4D is already known as one of the best 3D modelling softwares around, and with this latest Redshift addition built into its toolset, that's a title it looks set to hold on to. The powerful combination of Cinema 4D and Redshift has already been winning over designers and production companies, including Matt Silverman, executive creative director at Swordfish: "With Redshift’s robust feature set, ease of use, and amazing rendering speed and quality, Cinema 4D with Redshift have become our CG toolset of choice for almost every project.”

Here are just a few reasons why leading studios are loving the new Cinema 4D/Redshift partnership:

For more information on the acquisition and how it will affect existing Redshift and Cinema 4D users, visit the Maxon website.